Sometimes, you need to run a piece of code for hours, days, or even weeks. Cloud Functions and Cloud Run are my default choices to run code. However, they both have limitations on how long a function or container can run. This rules out the idea of executing long-running code in a serverless way.

Thanks to Workflows and Compute Engine, you can have an almost serverless experience with long running code.

With this approach, you simply execute the workflow and get back the result of the long-running task. The underlying lifecycle of the VM and running of the container are all abstracted away. This is almost serverless!

Let’s look at a concrete example.

The long-running task for this example is a prime number generator. You can take a look at the source here.

The code implements a deliberately inefficient prime number generator and a simple web API defined in PrimeGenController.cs as follows:

There’s also a Dockerfile to run it as a container.

You can use gcloud to build and push the container imagine:

The container will also need HTTP and port 80 for its web API. Add a firewall rule for it in your project:

Let’s build the workflow to automate running the container on a Compute Engine VM. The full source is in prime-generator.yaml.

First, read in some arguments, such as the name of the VM to create and the number of seconds to run the VM. The workSeconds argument determines how long to execute the long-running container:

Next, create a container-optimized VM with an external IP and the right scopes to be able to run the container. Also specify the actual container image to run.

You can then convert that REST command into YAML for the Workflows Compute Engine connector. In the end, you will end up with something like this:

Once the VM is created and running, you need to get the external IP of the service and build the start/stop/get URLs for the web API:

When the sleep is done, stop the prime number generation and get the largest calculated prime:

Finally, delete the VM and return the result:

Deploy and execute the workflow

Once you’ve built the workflow, you’re ready to deploy it:

And then execute the workflow for one hour:

This creates a VM and starts the container.

When the time is up, the VM will be deleted and you will see the results of the calculation:

Though it’s not possible today to execute long-running code on Cloud Functions or Cloud Run, you can use Workflows to orchestrate a Compute Engine VM and have code running with no time limits. It’s almost serverless! As always, feel free to reach out to me on Twitter @meteatamel with questions or feedback.

Next Unified Data And ML: 5 Ways To Use BigQuery And Vertex AI Together

DevOps: Why It Is Misunderstood & What It Always Should Have Been 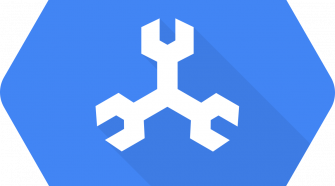