The name Kitabisa means “we can” in Bahasa Indonesia, the official language of Indonesia, and captures our aspirational ethos as Indonesia’s most popular fundraising platform. Since 2013, Kitabisa has been collecting donations in times of crisis and natural disasters to help millions in need. Pursuing our mission of “channeling kindness at scale,” we deploy AI algorithms to foster Southeast Asia’s philanthropic spirit with simplicity and transparency.

Unlike e-commerce platforms that can predict spikes in demand, such as during Black Friday, Kitabisa’s mission of raising funds when disasters like earthquakes strike is by definition unpredictable. This is why the ability to scale up and down seamlessly is critical to our social enterprise.

In 2020, Indonesia’s COVID-19 outbreak coincided with Ramadan. Even in normal times, this is a peak period, as the holy month inspires charitable activity. But during the pandemic, the crush of donations pushed our system beyond the breaking point. Our platform went down for a few minutes just as Indonesia’s giving spirit was at its height, creating frustrations for users.

That’s when we realized we needed to embark on a new cloud journey, moving from our monolithic system to one based on microservices. This would enable us to scale up for surges in demand, but also scale down when a wave of giving subsides. We also needed a more flexible database that would allow us to ingest and process the vast amounts of data that flood into our system in times of crisis.

These requirements led us to re-architect our entire platform on Google Cloud. Guided by a proactive Google Cloud team, we migrated to Google Kubernetes Engine (GKE) for our overall containerized computing infrastructure, and from Amazon RDS to Cloud SQL for MySQL and PostgreSQL, for our managed database services.

The result surpassed our expectations. During the following year’s Ramadan season, we gained a 50% boost in computing resources to easily handle escalating crowdfunding demands on our system. This was thanks to both the seamless scaling of GKE and recommendations from the Google Cloud Partnership team on deploying and optimizing Cloud SQL instances with ProxySQL to optimize our managed database instances.

A progressive journey to kindness at scale

While Kitabisa’s mission has never wavered, our journey to optimized performance took us through several stages before we ultimately landed on our current architecture on Google Cloud.

Origins on a monolithic provider
Kitabisa was initially hosted on DigitalOcean, which only allowed us to run monolithic applications based on virtual machines (VMs) and a stateful managed database. This meant manually adding one VM at a time, which led to challenges in scaling up VMs and core memory when a disaster triggered a spike in donations.

Conversely, when a fundraising cycle was complete, we could not scale down automatically from the high specs of manually provisioned VMs, which was a strain on manpower and budgetary resources.

Transition to containers
To improve scalability, Kitabisa migrated from DigitalOcean to Amazon Web Services (AWS), where we hoped deploying load balancers would provide sufficient automated scaling to meet our network needs. However, we still found manual configurations to be too costly and labor-intensive.

We then attempted to improve automation by switching to a microservices-based architecture. But on Amazon Elastic Container Service (Amazon ECS) we hit a new pain point: when launching applications, we needed to ensure that they were compatible with CloudFormation in deployment, which reduced the flexibility of our solution building due to vendor locking.

We decided it was “never too late” to migrate to Kubernetes, which is a more agile containerized solution. Given that we were already using AWS, it seemed natural to move our microservices to Amazon Elastics Kubernetes Service (Amazon EKS). But we soon found that provisioning Kubernetes clusters with EKS was still a manual process that required a lot of configuration work for every deployment.

Unlocking automated scalability
At the height of the COVID-19 crisis, faced with mounting demands on our system, we decided it was time to give Google Kubernetes Engine (GKE) a try. Since Kubernetes is a Google-designed solution, it seemed likeliest that GKE would provide the most flexible microservices deployment, alongside better access to new features.

Through a direct comparison with AWS, we discovered that everything from provisioning Kubernetes clusters to deploying new applications became fully automated, with the latest upgrades and minimal manual setups. By switching to GKE, we can now absorb any unexpected surge in donations, and add new services without expanding the size of our engineering team. The transformative value of GKE became apparent when severe flooding hit Sumatra in November 2021, affecting 25,000 people. Our system easily handled the 30% spike in donations.

Moving to Cloud SQL and ProxySQL

Kitabisa was also held back by its monolithic database system, which was prone to crashing under heavy demand. We started to solve the problem by moving from a stateful DigitalOcean database to a stateless Redis one, which freed us from relying on a single server, giving us better agility and scale.

But the strategy left a major pain point because it still required us to self-manage databases. In addition, we were experiencing high database egress costs due to the need to execute data transfers from a non-Google Cloud database into BigQuery.

In December 2021, we migrated our Amazon RDS to Cloud SQL for MySQL, and immediately saved 10% in egress costs per month. But one of the greatest benefits came when the Google Cloud team recommended using the open source proxy for  MySQL to improve the scalability and stability of our data pipelines.

Cloud SQL’s compatibility allowed us to use connection pooling tools such as ProxySQL to better load balance our application. Historically, creating a direct connection to a monolithic database was a single point of failure that could end up in a crash. With Cloud SQL plus ProxySQL, we create layers in front of our database instances. It serves as a load balancer that allows us to connect simultaneously to multiple database instances, by creating a primary and a read replica instance. Now, whenever we have a read query, we redirect the query to our read replica instance instead of the primary instance.

This configuration has transformed the stability of our database environment because we can have multiple database instances running at the same time, with the load distributed across all instances. Since switching to Cloud SQL as our managed database, and using ProxySQL, we have experienced zero downtime on our fundraising platform even when a major crisis hits.

We are also saving costs. Rather than having a separate database for each different Kubernetes cluster, we’ve merged multiple database instances into one instance. We now group databases according to business units instead of per service, yielding database cost reductions of 30%.

There’s another key way in which Google Cloud managed services have allowed us to optimize our environment: using Terraform as an infrastructure-as-a-code tool to create new applications and upgrades to our platform.

We also managed to automate the deployment of Terraform code into Google Cloud with the help of Cloud Build, and no human intervention. That means our development team can focus on creative tasks, while Cloud Build deploys a continuous stream of new features to Kitabisa.

The combination of seamless scalability, resilient data pipelines, and creative freedom is enabling us to drive the future of our platform, expanding our mission to inspire people to create a kinder world in other Asian regions.

We believe that having Google Cloud as our infrastructure backbone will be a critical part of our future development, which will include adding exciting new insurtech features. Now firmly established on Google Cloud, we can go further in shaping the future of fundraising to overcome turbulent times.

Next How Google Is Preparing For A Post-Quantum World 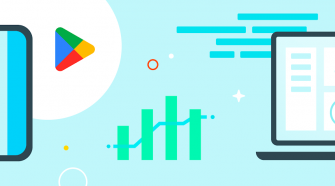 Raising The Bar On Technical Quality On Google Play