Ofcom has launched a large-scale investigation into Amazon, Google and Microsoft’s dominance of the cloud computing industry.

The regulator will be examining the companies to ensure their hold over cloud computing, messaging and smart devices is working effectively for individuals and businesses in the UK, the watchdog said.

The three giants, known as “hyperscalers”, control over 81% of the cloud computing market in Britain, which is said to be worth a whopping £15bn.

Smart devices like Amazon’s Echo and Google’s Nest will be under the microscope as the regulator hopes to make sure their effects on consumer behaviour do not affect the online, radio and TV content market.

“The way we live, work, play and do business has been transformed by digital services,” Selina Chadha, Ofcom’s director of connectivity said in a statement.

“But as the number of platforms, devices and networks that serve up content continues to grow, so do the technological and economic issues confronting regulators.”

Matt Barker, CEO and co-founder of cloud-native technology company Jetstack, tells Verdict that history is repeating itself with the hyperscaler trio.

“The hyperscalers are ferociously consuming open source software and are offering it as part of their services, leaving companies with little choice but to work with them,” Barker says.

Amazon, Google and Microsoft have been attracting new customers with large discounts on storage and hosting, meaning smaller cloud computing companies struggle to afford to keep up with them.

“When everything is in place and running, it then becomes extremely costly for the customer to move all services put in place to another provider, which locks the business into the big tech vendor,” Gaël Duval, CEO of Murena Cloud, a de-Googled cloud service and privacy, tells Verdict.

“The reality is users rarely get the experience they are looking for from the Big Three,” Mark Boost, CEO of cloud-native service provider Civo tells Verdict, “our research found 34% of businesses used five or fewer services from AWS, Google or Azure.

Boost says he hopes the investigation will be the “start of a process to create a fairer and more competitive cloud market”.

“This needs to be built on the core principles users want from the cloud: a reliable, fairly priced service that is low on complexity and offers the fast launch times essential for the modern developer,” he adds.

Ofcom’s investigations will be carried out through the Enterprise Act 2002. The act allows the watchdog to issue digital communication market studies and closely examine commercial practices and contract terms.

Ofcom’s investigation is just the latest in a number of probes opened into cloud computing vendors.

Financial regulators like the Prudential Regulation Authority and the Financial Conduct Authority are also stepping up their scrutiny of cloud computing giants.

Laura Petrone, thematic analyst at GlobalData tells Verdict: “We are going to more of this scrutiny in the market, as government and private organisations increasingly rely on cloud services from large cloud providers as a result of a wave of migration to the cloud triggered by the pandemic.

“We are also seeing some vendors changing in part of their behaviour to avoid full probe, as in the case of Microsoft reviewing its licensing deals to avoid full antitrust probe from Brussels.”

This feature was originally appeared in Verdict.

Next The Biggest Chip In The World

Migrating From Dagger To Hilt — Is It Worth It? 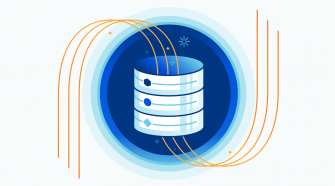