These changes have been mostly invisible to users: the Go code they’ve come to know and love runs better, just by upgrading Go.

With Go 1.19 comes an long-requested feature that requires a little extra work to use, but carries a lot of potential: the Go runtime’s soft memory limit.

For years, the Go GC has had only one tuning parameter: GOGC. GOGC lets the user adjust the trade-off between CPU overhead and memory overhead made by the Go GC. For years, this “knob” has served the Go community well, capturing a wide variety of use-cases.

The Go runtime team has been reluctant to add new knobs to the Go runtime, with good reason: every new knob represents a new dimension in the space of configurations that we need to test and maintain, potentially forever. The proliferation of knobs also places a burden on Go developers to understand and use them effectively, which becomes more difficult with more knobs. Hence, the Go runtime has always leaned into behaving reasonably with minimal configuration.

So why add a memory limit knob?

Memory is not as fungible as CPU time. With CPU time, there’s always more of it in the future, if you just wait a bit. But with memory, there’s a limit to what you have.

The first is that when the peak memory use of an application is unpredictable, GOGC alone offers virtually no protection from running out of memory. With just GOGC, the Go runtime is simply unaware of how much memory it has available to it. Setting a memory limit enables the runtime to be robust against transient, recoverable load spikes by making it aware of when it needs to work harder to reduce memory overhead.

The second is that to avoid out-of-memory errors without using the memory limit, GOGC must be tuned according to peak memory, resulting in higher GC CPU overheads to maintain low memory overheads, even when the application is not at peak memory use and there is plenty of memory available. This is especially relevant in our containerized world, where programs are placed in boxes with specific and isolated memory reservations; we might as well make use of them! By offering protection from load spikes, setting a memory limit allows for GOGC to be tuned much more aggressively with respect to CPU overheads.

The memory limit is designed to be easy to adopt and robust. For example, it’s a limit on the whole memory footprint of the Go parts of an application, not just the Go heap, so users don’t have to worry about accounting for Go runtime overheads. The runtime also adjusts its memory scavenging policy in response to the memory limit so it returns memory to the OS more proactively in response to memory pressure.

But while the memory limit is a powerful tool, it must still be used with some care. One big caveat is that it opens up your program to GC thrashing: a state in which a program spends too much time running the GC, resulting in not enough time spent making meaningful progress. For example, a Go program might thrash if the memory limit is set too low for how much memory the program actually needs. GC thrashing is something that was unlikely previously, unless GOGC was explicitly tuned heavily in favor of memory use. We chose to favor running out of memory over thrashing, so as a mitigation, the runtime will limit the GC to 50% of total CPU time, even if this means exceeding the memory limit.

All of this is a lot to consider, so as a part of this work, we released a shiny new GC guide, complete with interactive visualizations to help you understand GC costs and how to manipulate them.

Try out the memory limit! Use it in production! Read the GC guide!

We’re always looking for feedback on how to improve Go, but it also helps to hear about when it just works for you. Send us feedback!

Get Ready To Flex This Summer: ChromeOS Flex Is Now Ready To Scale Broadly To PCs And Macs 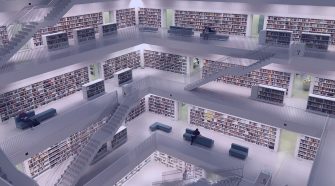