Rising cryptocurrency value causes a tectonic shift in the banking sector. There is little doubt that the term “fintech” is acquiring a whole new meaning with the advent of bitcoin, cryptocurrencies, and blockchain technology.

The blockchain industry is anticipated to increase from $7.18 billion in 2022 to $67.4 billion by 2026, with the majority of the growth coming from the United States. The widespread usage of blockchain technology has made smart contracts and digital identities accessible, which, together with a rise in venture capital financing and investments, is a major driver in the market’s fast development.

By 2027, the report predicts that blockchain-focused businesses would account for $67.4 billion, or 17.64% of the total estimated value of $382 billion. According to research that was provided with Finbold on September 20 by Utility Bidder, five of the top ten most influential fintech enterprises in 2022 are crypto companies. An overall fintech index score was calculated by considering a number of variables, such as a company’s worth, financing, social media following, and online profile visibility.

OpenSea, the biggest non-fungible token (NFT)Cryptos marketplace, with an overall fintech score of 8.61, ranking it second among the top ten businesses and highest among the blockchain and cryptocurrency firms. It was only behind personal finance startup Chime.

Does Crypto Conquer The Fintech Industry?

The ordinary banking customer in a nation with a stable primary currency has a limited understanding of cryptocurrency. Unless they are already committed crypto enthusiasts, these buyers won’t see much value in switching from fiat cash to cryptocurrencies, and some may even view cryptocurrencies as overly hazardous.

But in regions where currencies are volatile, cryptocurrency use and acceptance rates are both higher. Bitcoin, for instance, has garnered a lot of popularity as a safer alternative to the bolivar in Venezuela after the bolivar’s fast depreciation.

Additionally, the roughly 1 billion individuals globally who have access to a mobile device but no bank account find cryptocurrencies to be of great interest. Customers that are “unbanked” have limited access to conventional banking services but have greater access to cryptocurrency-based goods.

These days, smart contracts are one of the most talked about innovations in the financial technology sector. In terms of technology, smart contracts and defi need the use of the Ethereum cryptocurrency and the blockchain. However, we believe that the new business models and development paths that might be enabled by these technologies are much more intriguing than the technologies themselves. Consider the importance of liquidity, a key component of the financial markets. For a market or exchange to function well, it must attract a large number of buyers and sellers who can maintain a stable price and engage in frequent trades. But how can an automated exchange generate a liquidity pool? In order to facilitate cryptocurrency trading, defi organizations have established a liquidity pool by dividing profits with liquidity providers.

The Future of Fintech

Fascinatingly, the analysis estimates that the fintech industry will be valued at more than $171 billion in 2022 and that this amount will grow to more than $228 billion by 2024.

In terms of investment and Google searches in 2021, the statistics show that Robinhood was the most prominent financial technology business.

Accepting cryptocurrency allows businesses to sell in international markets where accepting traditional credit cards is impractical. Credit cards were not designed for the Internet, and crypto has proven to reduce high fees, increase payment transparency and efficiency, and eliminate fraudulent transactions. This is according to Stephen Pair, co-founder and CEO of BitPay.

Traditional financial institutions have been criticized by customers for their painfully long transaction approval times. This is mostly attributable to the several levels of bureaucracy often involved in such processes. Everyone who has ever attempted to move funds internationally between two banks knows how time-consuming it can be. Problems arise even when moving money across financial institutions within the same nation. This means that cryptos and decentralized finance are likely to be adopted by fintech firms in the near future.

A demand for decentralization and trustless transactions, both of which are missing in the present financial system, has contributed to the emergence of cryptocurrencies, but it won’t be easy to get the hang of this new technology.

It should also be stated that cryptocurrencies are vulnerable to a variety of risks, including price fluctuations, security breaches, and exchange rate fluctuations. Concerns have also been raised regarding the potential for bubbles, money laundering, organized crime, and the funding of terrorism. However, apart from these risks, it should be highlighted, that cryptos can bring much convenience and comfort in the banking system and financial services.

Half of the most powerful fintech companies in 2022 were in the cryptocurrency and blockchain space, which has been heavily affected by the bear market and beset by several bankruptcies and uncertainty regarding regulation, so their findings are all the more fascinating for that.

This feature was originally appeared in Hackernoon.

Next Ethereum Blockchain Slashes Energy Use With 'Merge' Software Upgrade

Show Off Your Cloud Skills By Completing The #GoogleClout Weekly Challenge 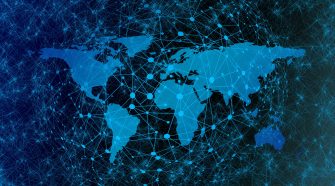