relay November 15, 2022
Firestore is a serverless, fully managed NoSQL document database. In addition to being a great choice for traditional server-side applications, Firestore in Native Mode also offers a backend-as-a-service (BaaS) model ideal for rapid, flexible web, and mobile application development. Build applications that don’t require managing any backend infrastructure.A key part of this model is real time queries where data is synchronized from the cloud directly to a user’s device, allowing you to easily create responsive multi-user applications. Firestore BaaS has always been able to scale to millions of concurrent users consuming data with real time queries, but up until now, there has been a limit of 10,000 write operations per second per database. While this is plenty for most applications, we know that there are some extreme use cases that require even higher throughput.We are happy to announce that we are now removing this limit and moving to a model where the system scales up automatically as your write traffic increases. This will be fully backwards compatible and will require no changes to existing applications.Keep reading for a deep dive into the system architecture and what is changing to allow for higher scale.

Life of a real time query

Real time queries let you subscribe to some particular data in your Firestore database, and get an instant update when the data changes, synchronizing the local cache on the user’s device. The following example code uses the Firestore Web SDK to issue a real time query against the document with the key “SF”, within the collection “cities”, and will log a message in the console any time the contents of this document are updated.

A good way to think about a real time query is that internally in Firestore it works as the reverse of a request-response query in a traditional database system. So rather than scanning through indexes to find the rows that match a query, the system keeps track of the active queries and, given any piece of data change, matches the changes to the registry to active queries and forwards the change to the caller of that query.
The system consists of a number of components:

A key part of Firestore’s scalability is the fan-out from the Changelog to the SubscriptionHandler to the Frontends. This allows a single data change to be propagated efficiently to serve millions of real time queries and connected users. High availability is achieved by running many replicas of all these components across multiple zones (or multiple regions in the case of a multi-region deployment).

Previously, the changelogs were managed by a single backend server for each Firestore database. This meant that the maximum write throughput for Firestore Native was limited to what could be processed by one server.

The big change coming with this update to Firestore is that the changelog servers now automatically scale horizontally depending on write traffic. As the write rate for a database increases beyond what a single server can handle, the changelog will be split across multiple servers, and the query processing will consume data from multiple sources instead of one. This is all done transparently by the backend systems when it is needed and there is no need for any application changes to take advantage of this improvement.

While this improvement to Firestore makes it easy to create very scalable applications, consider these best practices when designing your application to ensure that it will run optimally.

Both Firestore’s storage layer and changelogs have automatic load splitting functionality. This means that when the traffic increases, it will automatically be distributed across more servers. However, the system may take some time to react and typical split operations can take a few minutes to take effect.

A common problem in systems with automatic load splitting is hotspots— traffic that is increasing so fast that the load splitter can’t keep up. The typical effect of a hotspot is increased latency for write operations, but in the case of real time queries they can also mean slower notifications for the queries listening to data that is being hotspotted.

The best way to avoid hotspots is to control the way you ramp up traffic. For a good rule of thumb, we recommend following the “555 rule“. If you’re starting cold, start your traffic at 500 operations per second, then increase by at most 50% every 5 minutes. If you have a steady rate of traffic already, you can increase the rate more aggressively.

Firestore Key Visualizer is a great tool for detecting and understanding hotspots. Learn more about it in the tool documentation here, and in this blog post.

To ensure low latency response time from real time queries, it is best to keep the data lean. Documents with small payloads (e.g. field count, field value size, etc) can be quickly processed by the query system, and this keeps your application responsive. Big batches of updates, large documents, and queries that read large sets of data, on the other hand, may slow things down, and you may see longer delays between when data is committed and when notifications are sent out. This may be counterintuitive when compared to a traditional database where batching is often a way to get higher throughput.

Control the fanout of queries

Firestore’s sharding algorithm tries to co-locate data in the same collection or collection group onto the same server. The intent is to maximize the possible write throughput while keeping the number of splits a query needs to talk to as small as possible. But certain patterns can still lead to suboptimal query processing — for example, if your application stores most of its data in one giant collection, a query against that collection may have to talk to many splits to read all the data, even if you apply a filter to the query. This in turn may increase the risk of higher variance in tail latency.

To avoid this you can design your schema and application in a way where queries can be served efficiently without going to many splits. Breaking your data into smaller collections — each one with a smaller write rate — may work better. We recommend load testing to best understand the behavior and need of your application and use case.

How To Install Flask

Biggest Influencers In Cloud Computing In Q3 2020: The Top Individuals To Follow

Enhancing The DevOps Experience On Kubernetes With Logging 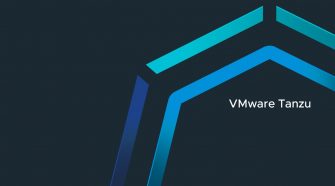