Amazon Web Services (AWS) is upping its space industry game with a dedicated business unit called Aerospace and Satellite Solutions (as first reported by the WSJ) that’s focused on space projects, including from customers like NASA, the U.S. military and private space players including Lockheed Martin and others. AWS has already served satellite and space industry customers, including with its AWS Ground Station offering, which provides satellite communication and data processing as a service, helping customers bypass the need to set up their own dedicated ground stations when establishing their satellite networks and constellations.

The AWS segment will be led by retired Air Force Major General Clint Crosier, who was involved in the set up of the U.S. Space Force arm of the U.S. military. The choice of leadership is a good indicator of what the primary purpose of this unit will be: landing and serving large, lucrative customers mostly form the defense industry.

In a high-profile decision last year, AWS lost out on a contract to provide cloud computing services to the Pentagon with an estimated value of up to $10 billion, with Microsoft’s Azure taking the win. Amazon has formally challenged the decision, and the proceedings resulting from that challenge are ongoing. But the contract loss was likely a wake-up call at AWS that it would need to do more in order to bolster its pipeline for dedicated defense agency contracts.

Cloud computing services for satellite and in-space assets is a potentially massive business over the next few years for the defense industry, particularly in the U.S., where part of the strategy of the Space Force and Department of Defense is shifting away from a reliance on large, aging geostationary satellites, and toward more versatile, affordable and redundant networks of small satellites that can be launched frequently and in a responsive manner.

A primary focus on defense customers doesn’t mean startups and smaller new space ventures won’t benefit; in fact, they should be just as able to take advantage of the cost benefits that will accrue from Amazon dedicating more resources to serving this segment as bigger players. In fact, AWS Ground Station already serves smaller startups, including Capella Space,  which announced today that it would be using AWS for its satellite command and control, as well as for providing data from its imaging satellites to its customers much faster and cheaper than is usually possible for satellite providers.

This new focus could help further defray hard costs that any satellite startup must incur, like ground station setup — a much-needed relief as the COVID-19 situation continues to impact startups’ ability to raise, especially in frontier tech areas like space.

Edge Stream Data Processing Based On KubeEdge And Kuiper 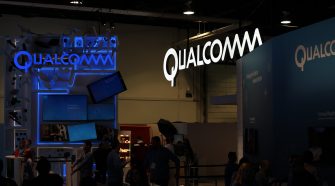