Now, Setting Up Continuous Deployment For Cloud Run Is A Snap

Deploying code to production directly from your dev machine can lead to unforeseen issues: the code might have local changes, the process is manual and error prone, and tests can be bypassed. And later on, it makes it impossible to understand what actual code is running in production. A best practice for avoiding these hardships is to continuously deploy your code when changes are pushed to a branch of your source repository.

You can select any repository that includes a Dockerfile or code written in Go, Node.js, Java, Python and .NET. Under the hood, the continuous deployment setup process configures a Cloud Build trigger that builds the code into a container using Docker or Google Cloud Buildpacks, pushes it to Google Container Registry and deploys it to your Cloud Run service. You can later customize this by adding steps to the Cloud Build trigger configuration, for example adding unit or integration tests before deploying.

By default, your code is automatically built and deployed to a new Cloud Run revision, but you can decide if it should receive 100% of the incoming traffic immediately or not, and later gradually migrate traffic using the newly added traffic controls.

Pushing your code directly to production was never a good idea. Now, Cloud Run makes it easy for you to embrace best practices like continuous deployment. Give it a try at http://cloud.run/.

Previous How To Create Ephemeral Environments Using Crossplane And ArgoCD?

How To: Sublime Text Editor For Ubuntu – Installation

Explore The World Of Programming With Jupyter 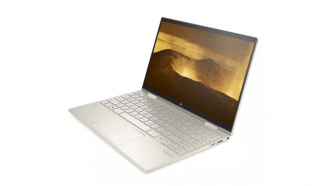