Scale In At Your Own Pace With Compute Engine Autoscaler Controls

In a Compute Engine environment, managed instance groups (MIGs) offer autoscaling that lets you automatically change an instance group’s capacity based on current load, so you can rightsize your environment—and your costs. Autoscaling adds more virtual machines (VMs) to a MIG when there is more load (scaling out), and deletes VMs when the need for VMs is lesser (scaling in).

When load declines, the autoscaler removes all unused capacity. This allows you to save costs but might cause the autoscaler to scale in abruptly. For example, if the load goes down by 50%, the autoscaler removes ~50% of your VMs immediately after a 10-minute stabilization period. Deleting VMs so abruptly might not work well for some workloads. For example, if your VMs take many minutes to initialize you might want to slow down the rate at which you scale in to maintain capacity for imminent load spikes.

New scale-in controls in Compute Engine let you limit the VM deletion rate by preventing the autoscaler from reducing a MIG’s size by more VM instances than your workload can tolerate to lose.

When you configure autoscaler scale-in controls, you control the speed at which you scale in. The autoscaler never scales in faster than your configured rate, as shown in this diagram:

You can set up scale-in controls in the Google Cloud Console. Select an autoscaled MIG from the instance groups page and click Edit group. Under the Autoscaling section, set your scale-in controls:

For more details including configuration using API refer to the documentation.

Scale-in controls are generally available across all regions. For more information on how you can control the scale-in rate, check out the docs.

Previous Developer Tips And Guides: Common Policy Violations And How You Can Avoid Them

What You Need To Know To Be A Sysadmin

4 Reasons To Choose Linux For Art And Design 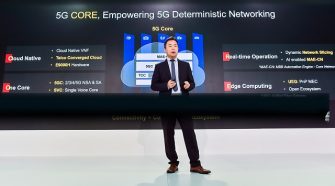