Samsung is giving itself wiggle room with how it moves forward.

Samsung’s future phones will also not come with charging bricks, the company has revealed, but it’s leaving itself some wiggle room. In a Q&A about why it’s no longer including headphones and a charging brick in the box, Samsung says it believes gradually removing the accessories from its phones could help make them more sustainable.

This answer implies that, while the next generations of its phones may not come with the included accessories, some may. Samsung has other lines that it brands as Galaxy, from its folding phones to its more budget options, and it’s left itself room to keep including a charger in some of them for a little while longer.

Maybe Samsung wants to keep the charger around in cheaper phones so people who aren’t tech enthusiasts will have a higher likelihood of buying them, or maybe it doesn’t want to upset the people who buy its $2,000 phones. It could do both, either, or neither, and it would still count as “gradually.”

The company doesn’t appear, however, to be following Apple’s route of pulling the plugs from its lineup of existing phones. The listings for the Note 20 Ultra and Note 10 still show a charger coming in the box.

While a company shipping older products with something that’s no longer included in its latest and greatest might seem odd, it means Samsung doesn’t have to re-make all the boxes for its old products, and that consumers won’t end up in the awkward situation where they watch an unboxing from a phone’s launch on YouTube and then have a decidedly different experience. Which approach is correct really depends what you’re optimizing for, but this seems to be the one Samsung has chosen: slow and steady wins the race.

You can read the full answer down below:

We discovered that more and more Galaxy users are reusing accessories they already have and making sustainable choices in their daily lives to promote better recycling habits. To support our Galaxy community in this journey, we are transitioning to removal of the charger plug and earphones in our latest line of Galaxy smartphones.

We believe that the gradual removal of charger plugs and earphones from our in-box device packaging can help address sustainable consumption issues and remove any pressure that consumers may feel towards continually receiving unnecessary charger accessories with new phones.

We’ve also been implementing standardized USB-C type charging ports since 2017, so older chargers can still be compatible with our newest Galaxy models.

This feature originally appeared in The Verge.

Next How I Prioritize Tasks On My To-Do List

How Your Company Catches The AI Wave(s) 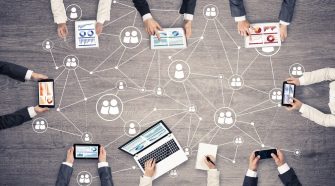 Cloudflare Announces Cloudflare One, A Platform To Connect And Secure Companies And Remote Teams Anywhere, On Any Device