Editor’s note: Over the past several weeks, we’ve posted a series of blog posts focusing on best practices for writing Google Cloud Functions based on common questions or misconceptions as seen by the Support team.  We refer to these as “anti-patterns” and offer you ways to avoid them.  This article is the fifth post in the series.

You see finished with status: 'timeout' in the logs before a background process has completed in your Python Function.

Although this timeout error can happen for Functions using any runtime, we most often see this issue occur when Python developers try to use os.fork() or  multiprocessing.Process() in their Cloud Function.

Why you should try to avoid async work in a Function:

A background task started by a Cloud Function is not guaranteed to complete. As soon as the Functions completes, e.g. the Function returns or a timeout error occurs, the Function instance can be terminated at any time. You can read more about the Function execution timeline in the documentation.

We often see customers test their functions locally where these execution timeouts do not exist. Additionally, customers’ local machines may be more powerful than what they have provisioned for their Cloud Functions. Customers may see these multiprocessing scenarios working locally and therefore assume their code will work in the same way in the Cloud Function instance.

For Python developers who require such async operations, we suggest using Cloud Tasks Service instead to schedule the background operation. See example below.

The following Function demonstrates how you can use Cloud Tasks to schedule an async operation. This example shows a Cloud Function (named “create_task“) that creates a Cloud Task to invoke another Cloud Function that will run the background task. You can learn more about creating HTTP target tasks.

You can also read more about Cloud Tasks in our third blog post in this series on making outbound connections.

Previous Cloud Storage As A File System In AI Training 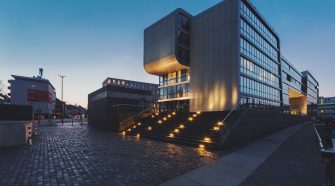