The Eclipse Foundation, the world’s largest open source foundation focused on the Internet of Things (IoT), today announced results from its 2021 IoT & Edge Developer Survey. Administered by the Eclipse IoT Working Group, the Eclipse Edge Native Working Group, and the Eclipse Sparkplug Working Group, the survey provides essential insights into IoT and edge computing industry landscapes, the challenges developers are facing, and the opportunities for enterprise stakeholders in the IoT & edge open source ecosystem. Now in its seventh year, the survey is the IoT & edge industry’s leading technical survey.

“The IoT and edge computing go hand-in-hand with each technology influencing the other,” said Mike Milinkovich, executive director of the Eclipse Foundation. “Once again, this survey provides significant insights into what developers are working on and what challenges they face as we move into 2022.”

The online survey was conducted over a period of seven weeks (Aug 26, 2021 – October 12, 2021) during which time 662 global developers, committers, architects, and decision-makers from a broad set of industries and organizations participated. Key findings include:

The survey data also contains details around edge computing workloads,  developer concerns, and breakdowns by market. The entire report and its ground-breaking insights can be downloaded here.

To learn more about how to get involved with Eclipse IoT, Edge Native, Sparkplug or other working groups at the Eclipse Foundation, visit the Foundation’s membership page. Working group members benefit from a broad range of services, including exclusive access to detailed industry research findings, marketing assistance, and expert open source governance.

About the Eclipse Foundation

The Eclipse Foundation provides our global community of individuals and organizations with a mature, scalable, and business-friendly environment for open source software collaboration and innovation. The Foundation is home to the Eclipse IDE, Jakarta EE, and over 400 open source projects, including runtimes, tools, and frameworks for cloud and edge applications, IoT, AI, automotive, systems engineering, distributed ledger technologies, open processor designs, and many others. The Eclipse Foundation is an international non-profit association supported by over 330 members, including industry leaders who value open source as a key enabler for their business strategies. To learn more, follow us on Twitter @EclipseFdn, LinkedIn or visit eclipse.org.

Third-party trademarks mentioned are the property of their respective owners.

Achieving Autonomic Security Operations: Why Metrics Matter (But Not How You Think) 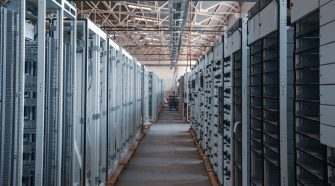