To User-Friendly SQL With Love From BigQuery

Thirty five years ago, SQL-86, the first SQL standard, came into our world, published as an ANSI standard in 1986 and adopted by the International Standards Organization (ISO) in 1987. On this Valentine’s Day, we, in BigQuery, reaffirm our love and commitment to user-friendly SQL through a whole slew of new SQL features that we’re pleased to share with you, our beloved BigQuery users.

They say time and tide wait for no man. Now, thanks to the <a href="https://cloud.google.com/bigquery/docs/reference/standard-sql/data-types#interval_type" target="_blank" rel="noopener">INTERVAL</a> data type, you can measure the duration of time within BigQuery. This datatype allows you to save the difference between a start and an end timestamp in a native datatype in units ranging from years to fractions of a second with sign.

In a prior BigQuery user-friendly SQL update, we announced support for parameterized datatypes in BigQuery. Building on this, BigQuery now support the ability to change the datatype of an existing column to make it less restrictive. Using the SET DATA TYPE clause, a NUMERIC data type can be changed to a BIGNUMERIC type or the length or precision & scale of a parameterized datatype column  can be increased. For a table of valid data type coercions, compare the “From Type” column to the “Coercion To” column in the Conversion rules in Standard SQL page.

A common table expression (CTE) referenced using a WITH clause in a query allow the user to break up a complex query by allowing a temporary table containing the results of the CTE subquery which can then be referenced in other parts of the same query as a table. A recursive CTE referenced using a WITH RECURSIVE clause containting a UNION ALL operation has the following parts:

Recursive CTEs can be very useful in querying hierarchical data in tables, such as an employee and their supervisor of a large multi-level organization or the bill-of-materials of a complex product defined by its subcomponents and their associated parts.

If you stream data into BigQuery, you can now monitor your data streams using INFORMATION_SCHEMA streaming views to retrieve historical and real-time information about data streaming into BigQuery. These views contain per minute aggregated statistics for each table that have data streamed into them.

Last year, we announced DDL column support in INFORMATION SCHEMA views – an innovative approach which allows data administrators to generate object creation DDL for one, multiple or all tables and views directly from the TABLES INFORMATION_SCHEMA view. BigQuery now supports the ability to generate object creation DDL for other object types such as <a href="https://cloud.google.com/bigquery/docs/information-schema-datasets#schemata_view" target="_blank" rel="noopener">schemata</a> (datasets) and routines (functions, table functions and procedures).

We hope you love these new user-friendly SQL features from BigQuery. To learn more, visit the BigQuery page and try BigQuery for free using the BigQuery Sandbox.

Previous Learn Why And How To Migrate Monolithic Workloads To Containers

Next How To Build Collaboration Equity In Your Hybrid Workplace

Scaling To New Heights With Cloud Memorystore And Envoy 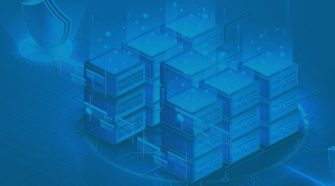