relay March 5, 2022
This week, Apple launched its inaugural Entrepreneur Camp for Hispanic and Latin founders, inviting leaders and developers from nine app companies from the US, Brazil, Guatemala, and Portugal to build the next generation of cutting-edge apps.
“We are so excited to bolster the impact of Entrepreneur Camp with the addition of this new cohort for Latin technologists,” said Lisa Jackson, Apple’s vice president of Environment, Policy, and Social Initiatives. “It’s an honor to support these founders and developers on their journeys as they build amazing apps that connect, inform, and inspire us.”
During this immersive tech lab, developers receive one-on-one code-level guidance from Apple experts and engineers to help accelerate their apps. Participants also receive mentorship, inspiration, and insights from the company’s leaders.
The first Entrepreneur Camp was held in 2019 for app-driven companies founded and led by developers from underrepresented backgrounds in technology. The first cohorts focused on female founders and developers, and last year, Apple welcomed its first group of Black founders.
Program alumni have gone on to secure major funding rounds, garner awards and accolades, and successfully sell their companies in major acquisitions. Previous app participant BookSloth recently became the first-ever acquisition of a female-led technology company in Puerto Rico.
More apps from Entrepreneur Camp alumni can be found on the App Store here.

“Cuca Catch”
Brazil
Apple Developer Academy graduates Matheus Kulick, Theo Caldas, and Kassio Veras wanted to find a way to use technology to promote Brazilian folklore and culture. They recently launched “Cuca Catch” on the App Store — a dynamic game that uses users’ facial expressions to help Cuca, Brazil’s most iconic witch, create potions.
Encantos: Play, Learn & Grow
United States
A few years ago, CEO and Encantos co-founder Steven Wolfe Pereira was looking for a way to share his Dominican culture with his kids, and embarked on the journey of launching a diverse content library. As his company grew to a full team, including developers Keith Elliott and Francine Walker, their focus has broadened to helping kids enhance their literacy and life skills through audio, video, books, and games from creators of underrepresented communities.
Falou
Brazil
When Gabriel Santos, Vitor Marques, and Matheus Medina held meetings in English, they noticed that conversation could be difficult for those who had studied the language in school, but didn’t have much practical speaking experience. They created Falou to help people become conversational faster by walking through immersive travel simulations.
“Gamma Fighter”
United States
An homage to ’80s-style games like “Space Invaders” and “Galaga,” “Gamma Fighter” is a retro-style arcade game created by solo developer Jorge Briones. Though game creation is a passion project that Briones initially picked up as a hobby, he now blogs about his “coding adventures,” in hopes of inspiring others to learn how to code.
Memoria
Brazil
Apple Developer Academy students Ana Bittencourt Vidigal, Djenifer Renata Pereira, and Gustavo Kumasawa want to evoke memories associated with digital photos the way old printed photo albums do. During camp, they’ll be working on Memoria, a sharable digital photo album that anchors photos to objects or surroundings, to help spark memories associated with the photos so they don’t get “lost” or forgotten on your iPhone camera roll.
Sinq: Your Fitness Companion
Portugal
Health and wellness were always important passions for Apple Developer Academy alums Matheus Fogiatto, Rodrigo Giglio, and Daniela Aires dos Reis. They saw an opportunity in the market for Sinq, an app that utilizes a customizable dinosaur character to act as a motivator buddy for fitness, and now, they are working to launch more group activities and challenges.
Tripify
Brazil
When founder Alexandre Morgado couldn’t find what he needed in a travel app, he started designing his own. With the help of fellow developer Thiago Imolesi, the team built Tripify as a holistic travel app with features to plan trips, manage expenses, register memories, and log places visited.
Wakeout!
Guatemala/United States
Wakeout! is a “movement therapy” app designed to get users off the couch or out of their desk chair with brief movement sessions throughout the day, no matter what their environments look like. Already hugely successful on the App Store, Wakeout! received an App Store Award in 2020. Since then, teammates Andres Canella, Pedro Wunderlich, and Dmitry Ivanov have added thousands of exercises to the platform and have even created a separate, but similar, offering for kids.
Yoga Wake Up
United States
Founders Lizzie and Joaquín Brown first came up with the idea for Yoga Wake Up during a yoga class. Aiming to create a tool for beginners and those with chronic health issues who are seeking an approachable way to make yoga a part of their routine, the app encourages friendly interactions between instructors and the community, and now offers over 365 bed-based audio sessions.

Previous How To Write YAML File For Kubernetes?

Jython: The Love Child of Python and Java 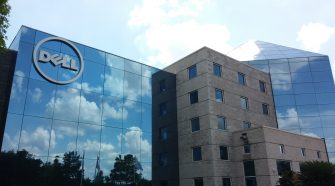