31 Lessons Learned From 10,000 Hours of Programming

“The key to achieving world-class expertise in any skill, is to a large extent, a matter of practicing the correct way, for a total of around 10,000 hours” — Malcolm Gladwell in Outliers.

Well, I’m certainly not a world-class expert, but I have put my 10,000 hours of deliberate practice into programming.

Well, I’ve been programming for about 15 years. Most recently, I worked as a professional software engineer at Google on Kubernetes and Blackstone, the private equity firm. Before that, I spent most of college in the library writing programs for my own projects instead of writing proofs (which I should have been doing as a math major). And before that, I was hacking away at all sorts of things — running a botnet on RuneScape, writing a Latin translation app for the iPhone (so I could do better on my Latin exams), writing my own configuration language, creating a web clipper, or ricing up my desktop.

The most recent work was in distributed systems, but I’ve written code across the stack. Languages like PHP, JavaScript, Go, Ruby, Python, C#, Java, Swift. Frontend, backend, mobile, kernel, cloud, ops, and even some IT. I’ve worked on large-scale open-source projects like Kubernetes and maintained subprojects, which allowed me to have my code peer-reviewed by some of the best engineers.

These are reflections only about pure coding — no lessons sum up to “programming is about people” or “how to be a senior technical leader” (arguably more important to a career, but not the topic of this post).

These reflections are just about deliberately writing code for 10,000 hours. Most don’t apply to beginners. These reflections are not career advice. Think of them as lessons on being a technical guitarist, not about being a good band member. They are about becoming a better programmer for yourself.

Here are 31 of my reflections on programming.

This feature was originally appeared in hackernoon.

Next How Do Payments Providers Keep From Getting Disrupted? By Disrupting Themselves First

Google Cloud Next 2019 | Beyond Your Bill: Getting More Detail On Cost 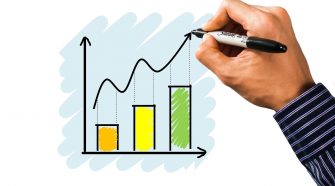