At NAB Show 2022, April 24-27 at the Las Vegas Convention Center, Sony Electronics is proudly unveiling and showcasing a broad range of products and services, to empower broadcast, to cinematic and live event content creation. These innovations align with leading industry trends in the Imaging, Internet Protocol (IP), Cloud and Visualization realm. Sony will be exhibiting in booth #C10901 and virtually at https://pro.sony/nab.

“The last few years have redefined the world as well as our industry,” said Theresa Alesso, President, Imaging Products & Solutions Americas, Sony Electronics. “Our customers have relied even more heavily on technology to help connect and collaborate remotely and in real-time, with the greatest degree of reality. At NAB Show, we’re looking forward to reconnecting with the industry, shining a spotlight on Sony’s transformation, sharing our latest technologies and highlighting trends including the cinematic look and virtual production, as we create the future together.”

Building an Extensive Lineup of Imaging Options
Sony’s expertise in imaging is established, as a leader in camera technology. At the site of breaking news, on the set of the most popular programs and films and used at the world’s most influential live events, Sony’s cameras bring the powerful stories to life with heightened engagement and emotion. As the industry standard, users continue to seek exceptional camera choices from Sony, at every level, capability and price.

With the introduction of the new HDC-3200, Sony is building out its portfolio and filling in the gaps with a more affordable 4K system, ensuring users have an option that provides everything they need, without paying for capabilities that aren’t required. The HDC-3200 is a fiber based, cost-effective system camera that shares many of the features common to Sony’s HDC-series including a 2/3″ type 3CMOS image sensor with global shutter, 4K and HDR and support for numerous signal formats. The HDC-3200 is compatible with the existing lineup of Sony viewfinders, large lens adapters and IP transmission systems. It is planned to be available in May 2022.

Sony is also introducing two new large lens adaptors, the HDLA-3505 and HDLA-3501. The robust HDLA-3505 can be used with the HDVF-EL70. It has an LCD panel that allows for assignable settings at the press of a button and simple monitoring via SDI Input. The HDLA-3501 complements the new HDC-3200, providing a cost-effective 4K system. It is designed to operate with the HDVF-L750 viewfinder and enables easy access to the camera head while supporting rear panel operation. Both options offer Sony systems cableless interface and instant attachment to and detachment from the camera. They are planned to be available in June 2022.

In addition, Sony’s PVM-X series 4K, HDR monitors available in 18-, 24- and 32-inch sizes, will see new enhancements with the Version 4.0 firmware release scheduled for August 2022. New features include two new optional licenses to support signal conversion and 3D LUT Output. Timecode and audio output capabilities will also be added to the enhanced monitor output. The firmware will also feature in monitor display, parallel remote and chroma up as well as support for closed captioning.

With cinematic storytelling on the rise, the VENICE CineAlta camera is continuing to see action in feature films, sports, and live multi-cam productions. Thanks to the success of the Original VENICE, Sony has expanded its Cinema Line with the introduction of the flagship VENICE 2 camera. The VENICE 2 features a new 8.6K full-frame CMOS image sensor, internal X-OCN and 4K Apple ProRes 4444 and 422 HQ recording with a smaller body. It has an impressive 16 stops of dynamic range, extreme low light capability, highlights that roll-off, and natural skin tones. In addition, the VENICE 2 has a Dual Base ISO, 8 stops of built-in ND filters, and is now shipping.

The HDC-F5500 system camera with Super 35mm 4K CMOS global shutter image sensor also enables creative expression with a cinematic look. Featuring shallow depth of field, high frame rate capability, and easy systemization with other Sony system cameras, it has been used on marquee sporting events and the most influential motion picture and music awards events, among others.

In addition, Sony’s flagship PXW-Z750 4K HDR shoulder-mount camcorder, which will be on display at NAB, has been embraced by the reality community. It was recently selected by CBS’s Emmy Award-winning Survivor, one of reality television’s longest running and most celebrated programs, alongside additional models including the FX6, for a total of nearly 50 of Sony’s cameras. Sony’s technologies have been an intrinsic part of Survivor’s production from the start, as they’ve adopted new formats and resolutions.  Now, the PXW-Z750 will play a pivotal role in their HDR-ready production of Season 43, which is planned to debut in the fall.

Connecting and Managing Networks Through the Power of IP
Sony is building out its portfolio of solutions that allow professionals to design, deploy and manage environments that are on-premises, across a geographical region or in the cloud. Nevion, a Sony Group Company’s VideoIPath media orchestration platform recently announced it is adding broadcast control. This enables simple, cost-effective support for the complete production lifecycle, ideal for managing IP-based broadcast facilities, virtual routing, production trucks and mobile units. Additionally, the update adds support for Sony’s NS-BUS IP-based management protocol to the extensive list of equipment interfaces already compatible with VideoIPath, including Sony hardware panels and connection management to Sony’s SDI-IP converters and XVS series switchers. Sony also offers a powerful solution for production orchestration and facilities management: Live Element Orchestrator.

Ci’s improvements for collaboration, which can benefit editing and sports users, among others, include in-app commenting, clipping and live streams, which simplify the way creative teams review and collaborate on content and allows for quicker publishing to social media. Ci also integrates with Sony’s Hawk-Eye technology to receive live streams from sports venues, allowing officials to review, mark up and collaborate on decisions in nearly real-time, regardless of location. This workflow makes content readily available to licensees and rights holders.

Additional enhancements to Ci include a Ci mobile app on iOS and Android for viewing content and a tvOS app for screening content on Apple TV 4K, as well as six times faster live stream ingest and Japanese localization.

Sony continues to build on its suite of Cloud Services with the development of infrastructure and live production tools which will allow for an efficient transition from on-premises to cloud.

Visualizing Vibrant New Worlds
Virtual production has transformed the worlds of broadcast and cinema by offering new ways to bring the virtual and physical worlds together in real-time. This revolutionary technology combines cinema cameras, LED displays, and game engine technology to increase freedom, flexibility, and efficiency on set.

Sony’s Crystal LED B-series has been custom designed for virtual production. The scalable B-series is available in two pixel pitch sizes, and allows productions to build LED volumes to their desired size and resolution. With incredible brightness, each panel features an anti-reflection coating, a 170-degree wide viewing angle, and a wide color gamut.

Combined with the Sony VENICE camera series, these groundbreaking technologies allow storytellers to enjoy consistently accurate and flexible color matching between the camera and wall and incredible resolution and dynamic range that creates realistic images.

To better serve the virtual production, streaming and e-Sports communities, Sony recently launched a dedicated group that brings together the expertise and resources from across Sony’s imaging and display businesses to help drive innovation and demystify the process.

Additionally, Hawk-Eye has introduced the first iteration of its new solution, Hawk-Eye Replay, a product suite that serves as a high-performance, cost-effective, remote clipping, replay and highlights solution. Following the success of ‘Every Shot Every Hole,’ Hawk-Eye’s award-winning golf production technology, this new offering combines with the company’s optical tracking and data platforms to create a powerful production solution.

About Sony Electronics Inc.
Sony Electronics is a subsidiary of Sony Corporation of America and an affiliate of Sony Group Corporation, one of the most comprehensive entertainment companies in the world, with a portfolio that encompasses electronics, music, motion pictures, mobile, gaming, robotics and financial services. Headquartered in San Diego, California, Sony Electronics is a leader in electronics for the consumer and professional markets. Operations include research and development, engineering, sales, marketing, distribution and customer service. Sony Electronics creates products that innovate and inspire generations, such as the award-winning Alpha Interchangeable Lens Cameras and revolutionary high-resolution audio products. Sony is also a leading manufacturer of end-to-end solutions from 4K professional broadcast and A/V equipment to industry leading 4K and 8K Ultra HD TVs. Visit http://www.sony.com/news for more information.

Previous 4 Benefits of Turning Your House Into A Smart Home

Next Measure And Improve Performance With Macrobenchmark

Linux Tracing 101: Do You Know What Your Servers Are Doing

How Carbon-Free Is Your Cloud? New Data Lets You Know 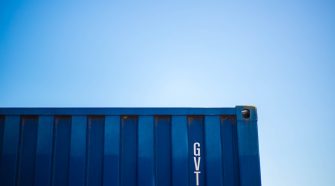