Importance Of Baremetal For Kubernetes Framework

Kubernetes never existed without Baremetals !! If we say that, it would not be incorrect for enterprises at all. It is of no surprise that some of the personas have not been able to realize that fact. Not that, they need to but knowledge is the currency. And, our intention here is to explain just that with real world scenarios.

We will talk about the special place that baremetal holds in various (and all) deployment models of Kubernetes.

In Fig.1 below, it is the persona B and C who have been predominantly using Containers and Kubernetes for years now. For ease of consumption, their perspective about the cluster is something (most of the time) which runs on virtual machines because they do not need to see or know or touch the underlying infrastructure.

Cloud providers (Persona A) take care of the underlying infrastructure and even the control plane of the Kubernetes clusters (e.g. masters, etc.). However, there is always one or more baremetals in this architecture.

In Fig. 2 below, which is the on-premises deployment where a lot of responsibilities lie with the owner’s organization. However, there is always one or more baremetals in this Kubernetes deployment architecture as well.

In Fig. 3, Kubernetes cluster is directly deployed on top of baremetals. It could be in any landing zone and the responsibility matrix would be the same or mixed or shared depending upon the deployment scenarios like the above two. This architecture has tremendous advantages in terms of latency, performance etc.

Companies estimate that the Total cost of ownership savings for deploying Kubernetes on a bare metal compared to a virtualized infrastructure could be as high as 30 percent, depending on application and configuration.

Above deployment has the following advantages:

In Fig. 4, one of the technologies which enables declarative co-existence by bringing mixed workloads on a common Kubernetes platform. That also requires baremetal for production environment (and support) to run VMs and containers side by side.

So, there is always one or more baremetals in this architecture as well. In summary, following are the key points:

Previous From Insights To Robots, Speech AI Use Cases Have Exploded 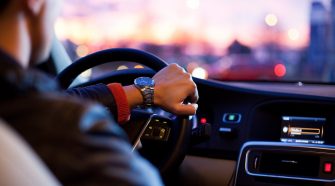