At Super Evil Megacorp our vision is to push the creative and technical boundaries of video games. This was the driving force behind Vainglory, released in 2014, which showcased AAA-quality games can be successful on mobile while filling a gap for multiplayer online battle arena games on mobile. Our vision continues with the development of our next free-to-play game, Catalyst Black, a AAA mobile multiplayer action game hosted on Google Cloud.

Our community enjoys developing complex skills and strategies whilst playing our games; they expect beautiful games that can keep up with their quick dexterity and creative thinking. Catalyst Black has been developed with this in mind.

To match player expectations, we partnered with Google Cloud very early in our development process. We had a number of learnings from the development of Vainglory that Google Cloud was primed with solutions for. For starters, we wanted to roll our own deployment process and to automate certain aspects of our infrastructure management. Previously, we had five engineers rotating on-call so if a server went down someone could get it back up or spin up a new server manually in case of a sudden spike in players. Now, we use Google Kubernetes Engine to automatically scale our servers up and down as needed.

By leveraging an infrastructure that takes care of itself, we can focus instead on creating an engrossing game with exciting features. This allows our team to push the boundaries of how multiplayer games on mobile can foster human connections, with new developments such as a drop-in/drop-out feature that allows players to join a friend’s match with minimal delay. The game is also cross-platform, which means that players on both Android and iOS can team up, no matter what device they use.

To create great games we need to learn from our players, and for that we need a robust analytics pipeline with low latency. Data analytics enables us to recognize individual players and how they like to play so we can serve them a relevant, tailored gaming experience they’ll enjoy. When players log in, for example, we build a profile for them on our analytics pipeline to understand what kind of player they are. Based on their performance during the game tutorial and subsequent matches, we can understand their skill level, whether they’re interested in purchasing gear for loadouts in-play, what style they like to play, and so on. With this, we can then match a player with others that have similar skill levels and adjust our push notifications depending on how often they join the game.

For our data analytics pipeline which informs all of our product decisions, we rely on BigQuery and Looker to scale our analytics frameworks and understand the players’ journey through our live operations, statistical modeling, and A/B testing. We also rely heavily on Looker for observability. That includes looking at crash rates, application responsiveness rates, uptime of all services, and latency across all regions so that players can interact with each other in near real time, which is a must for combat games.

Capturing large amounts of detailed data is critical in helping us understand how players behave and how the game itself is performing. Thanks to Google Cloud, we have gained the scalability and compute power needed to support this kind of big data analysis that we rely on daily. With Catalyst Black in beta, with a small user base, we generated millions of events per day. That will go up several orders of magnitude once we launch. That’s a big operation to handle but relying on Google Cloud means we have no concerns that the technical side of things will keep up; we trust Google Cloud to scale.

We also need data to make efficient decisions around marketing and products to sustain our business so that we can continue to offer free-to-play games. We use Google Analytics to maximize ROI on our paid media spend through traditional social media and advertising channels. We also use BigQuery ML models to estimate the lifetime of a user and predict ROS and ROI so we can optimize our ad spend.

What we’ve noticed so far is that Google Cloud offers outstanding performance and speed for analyzing data and addressing potential issues because its analytics and infrastructure solutions are very well integrated in the Google Cloud environment. For example, by monitoring our player activities we can notice if there’s a sudden dip in latency in any region around the world, and simply spin up new servers to better serve the population there using Compute Engine. By migrating to Google Cloud we’re now spending only a fifth on a per DAU basis compared to what we spent with our previous provider while working on Vainglory.

The launch of a new game is a big day for us, but it’s also the start of a long journey ahead. We expect to see a significant spike in the number of players following the launch of Catalyst Black, and we also expect to see those numbers eventually flatten down to hundreds of thousands daily. By then, we’ll have a better understanding of who Catalyst Black players are and what their vision is for the future of the game, which we can then collaborate on together.

Additionally, with our in-house E.V.I.L. game engine, we can perform on devices that are much older. We can run on Samsung S7s, a device originally released in 2016, with the same 30 frames per second that the latest devices can run. The idea is for anyone to be able to access great games, no matter where they are and what device they have.

On 25 May 2022, we launched Catalyst Black. Collaborating with Google Cloud means that we’re prepared for that global scalability. Our games are live operations that organically change and grow, and by relying on GCP we can anticipate our infrastructure needs to support players anywhere in the world throughout that journey, so we’re excited to see where we’ll go from here.

GCP Cloud Storage: How To Create A Bucket And Upload Objects 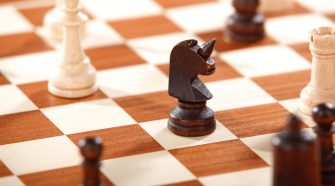 2019: A Fairytale Gone Bad For Unicorns