As a refresher, VMware Tanzu RabbitMQ is based on the hugely popular open source technology RabbitMQ, which is a message broker with event streaming capabilities that connects multiple distributed applications and processes high-volume data in real-time and at scale.

Tanzu RabbitMQ is a curated RabbitMQ experience from VMware experts that builds on RabbitMQ to allow modern organizations with an extensive number of interconnected data sources and microservices to build enterprise-grade event-driven applications, as well as integrate distributed applications to accelerate digital transformation, while promoting business continuity and resiliency.

Ever since Tanzu RabbitMQ became generally available in 2021, we’ve added a host of new functionality to the product in an effort to continuously delight our customers. Today, we are excited to announce our latest Tanzu RabbitMQ for Kubernetes release 1.3.

Announcing VMware Tanzu RabbitMQ for Kubernetes 1.3: What’s in it?

This release extends the reach of the Warm Standby Replication while automatically upgrading open source components to their most recent version, including RabbitMQ 3.10, providing a tested and validated up-to-date package.

Tanzu RabbitMQ ships with RabbitMQ open source software (OSS), ensuring that it is tested and validated alongside required dependencies. This guarantees that when you use Tanzu RabbitMQ, you are using a validated install, therefore VMware can provide security fixes to any of the included components.

Below we’ve listed the main improvements in OSS RabbitMQ 3.10. 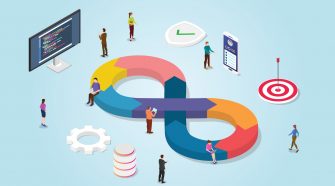 DevOps: Why It Is Misunderstood & What It Always Should Have Been