relay November 24, 2022
Blockchain is changing the way the world stores and moves its information. Building on our commitment to help Web3 developers build and deploy new products on blockchain-based platforms, today we’re thrilled to announce Google Cloud’s Blockchain Node Engine.Blockchains consist of transaction data that is permanently stored and encrypted, acting as decentralized databases of sorts. Instead of relying on a central entity to validate and store data, the governing infrastructure of a blockchain is a node — a device, such as a computer, laptop, or server, that contains a full copy of the transaction history of the blockchain. Nodes on a blockchain form a peer-to-peer network, constantly exchanging the latest blockchain data so that all nodes stay in sync.While self-managed nodes are often difficult to deploy and require constant management, Blockchain Node Engine is a fully managed node-hosting service that can minimize the need for node operations. Web3 companies who require dedicated nodes can relay transactions, deploy smart contracts, and read or write blockchain data with the reliability, performance, and security they expect from Google Cloud compute and network infrastructure.Ethereum will be the first blockchain supported by Blockchain Node Engine, enabling developers to provision fully managed Ethereum nodes with secure blockchain access.

Streamlined provisioning
Today, manually deploying a node is a time-intensive process that involves provisioning a compute instance, installing an Ethereum client (e.g. geth), and waiting for the node to sync with the network. Syncing a full node from the first block (i.e., “genesis”) can take several days. Google Cloud’s Blockchain Node Engine can make this process faster and easier by allowing developers to deploy a new node with a single operation, and specify the desired region and network (mainnet, testnet).

Secure development
Customers that wish to secure their blockchain infrastructures currently have a limited set of options in the market. Blockchain Node Engine offers security configurations that can help prevent unauthorized access to the nodes. By placing nodes behind a Virtual Private Cloud firewall, only trusted machines and users are able to communicate with client endpoints. Additionally, other Google Cloud services such as Cloud Armor can help protect nodes from DDoS attacks.

Fully managed operations
Ensuring that blockchain infrastructure is ready and available, typically means having a DevOps team on-hand to monitor the system and remediate problems during an outage. Blockchain Node Engine is a fully managed service, which can mean you don’t have to worry about availability. Google Cloud actively monitors the nodes and restarts them during outages as needed. By reducing the need for a dedicated DevOps team, and by offering Google Cloud’s service level agreement (SLA), Blockchain Node Engine can let your team focus on your users instead of your infrastructure.

We look forward to supporting organizations with a reliable, easy-to-use blockchain node hosting service so they can focus their time on innovating and scaling their Web3 applications.

The Journey To The Cloud Mitigates Enterprise Risk 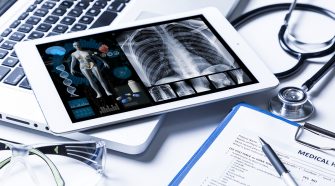