The Linux Foundation, the nonprofit organization enabling mass innovation through open source, announced it will host seven projects from Call for Code for Racial Justice, an initiative driven by IBM and Creator David Clark Cause to urge the global developer ecosystem and open source community to contribute to solutions that can help confront racial inequalities.

Call for Code for Racial Justice launched in October 2020, and facilitates the adoption and innovation of open source projects by developers, ecosystem partners, and communities across the world to promote racial justice across three focus areas: Police & Judicial Reform and Accountability; Diverse Representation; and Policy & Legislation Reform. The initiative builds upon Call for Code, which was created in 2018 and has grown to over 400,000 developers and problem solvers across 179 countries, in partnership with Creator David Clark Cause, Founding Partner IBM, Charitable Partner United Nations Human Rights, and the Linux Foundation.

“Open source technology has an important role to play in addressing the greatest challenges of our time, and that includes racial justice,” said Mike Dolan, senior vice president and GM of Projects at the Linux Foundation. “We are excited to host and support these projects at the Linux Foundation, and look forward to how they will develop and deploy through contributions from the open source community.”

Fair Change is a platform to help record, catalog, and access evidence of potentially racially charged incidents to help enable transparency, reeducation and reform as a matter of public interest and safety. For example, real-world video footage related to routine traffic stops, stop and search or other scenarios, may be recorded and accessed by the involved parties and authorities to determine whether the incidents were handled in a biased manner. Fair Change consists of a mobile application for iOS and Android built using React Native, an API for capturing data from various sources built using Node JS. It also includes a website with a geospatial map view of incidents built using Google Maps and React. Data can be stored in a cloud hosted database and object store. Visit the tutorial or project page to learn more.

TakeTwo aims to help mitigate bias in digital content, whether it is overt or subtle, with a focus on text across news articles, headlines, web pages, blogs, and even  code. The solution is designed to provide a consistent set of language recommendations, leveraging directories of inclusive terms compiled by trusted sources like the Inclusive Naming Initiative, which was co-founded by the Linux Foundation, Cloud Native Computing Foundation, IBM, Red Hat, Cisco, and VMware. The terminology is categorized and can be used to train an AI model to enhance its accuracy over time. TakeTwo is built using open source technologies including Python, FastAPI and Docker. The API can be run locally with an Adobe CouchDB backend database or IBM Cloudant database. IBM has already deployed TakeTwo within its existing IBM Developer tools that are used to publish new content produced by hundreds of IBMers each week. TakeTwo is being trialed by IBM for the IBM Developer website content. Visit the tutorial or project page to learn more.

“Viewed from an etymological perspective, language is a manifestation of our inherent viewpoints about society. Many phrases and words may be used in harmless contexts but bear a history that does not support our diverse, multi-cultural engineering community today. To that end, it gives me great pride that the TakeTwo project is leveraging the Inclusive Naming Initiative to provide language guidance to anyone seeking to write consciously across all platforms. By expanding beyond developers with solutions like TakeTwo, Inclusive Naming is becoming essential to a diverse and resilient community of doers and we are very honored,” said Priyanka Sharma, General Manager of the Cloud Native Computing Foundation.

In addition to the two new solution starters, the Linux Foundation will now host five existing and evolving open source projects from Call for Code for Racial Justice:

These projects were built using technologies such as Red Hat OpenShift, IBM Cloud, IBM Watson, Blockchain ledger, Node.js, Vu.js, Docker, upstream Kubernetes and Tekton. The Linux Foundation and IBM are asking developers and ecosystem partners to contribute by testing, extending and implementing them, and adding their own diverse perspectives and expertise to make them even stronger.

“These applications emerged from an internal IBM program called the Call for Code Emb(race) Challenge, where Black IBMers, supported by Red Hat’s Blacks United in Leadership and Diversity (B.U.I.L.D.) community, and allies designed technology solutions to address the problem of systemic racism,” said Ruth Davis, IBM Director of Call for Code. “Since we released the original five projects in October, we have received enthusiastic support from the open source community. In collaboration with the Linux Foundation, we are committed to working to develop and deploy these solutions to help combat racial injustice.”

For more information and to begin contributing, please visit:

Founded in 2000, the Linux Foundation is supported by more than 1,500 members and is the world’s leading home for collaboration on open source software, open standards, open data, and open hardware. Linux Foundation’s projects are critical to the world’s infrastructure including Linux, Kubernetes, Node.js, and more.  The Linux Foundation’s methodology focuses on leveraging best practices and addressing the needs of contributors, users and solution providers to create sustainable models for open collaboration. For more information, please visit us at linuxfoundation.org.

About Call for Code

Developers have revolutionized the way people live and interact with virtually everyone and everything. Where most people see challenges, developers see possibilities. That’s why David Clark Cause created and launched Call for Code in 2018 alongside Founding Partner IBM. This five-year, $30 million global initiative is a rallying cry to developers to use their skills and mastery of the latest technologies, and to create new ones, to drive positive and long-lasting change across the world with their code. Call for Code global winning solutions, among others, are further developed and deployed where they can make the greatest impact.

Red Hat, the Red Hat logo and OpenShift are trademarks or registered trademarks of Red Hat, Inc. or its subsidiaries in the U.S. and other countries.

Next 31 Open Source Text Editors You Need To Try

Want Multi-Cluster Kubernetes Without All The Cost And Overhead? Here’s How

PyCon 2019 | Design Patterns in Python for the Untrained Eye

PyCon 2019 | Thinking Inside the Box: How Python Helped Us Adapt to An Existing Data Ingestion Pipeline 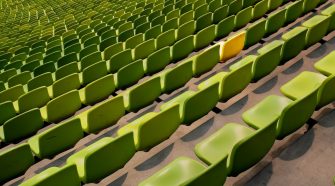 PyCon 2019 | Exceptional Exceptions – How To Properly Raise, Handle And Create Them