Today, players want their favorite games to be available to them anytime and anywhere. For any game developer recognizing this, means migrating their games from PC to mobile or developing games for cross-play across platforms. And this poses many challenges. But for Riot Games, this challenge was outweighed by the opportunity.

Riot Games: player-focused across any platform, now including mobile

Riot Games was founded in 2006 with a goal to create the world’s most player-focused games company. With their first game, League of Legends, they focused on making a game that players love rather than creating a game simply to make money. To this end, they switched from the traditional pay-to-win approach to focus on player-centric in-game customization as the revenue model.

Building on the success of League of Legends, Riot Games expanded its gaming catalog into the mobile space. After a decade as the world’s leading PC game, Riot knew players were flocking to mobile for gaming, and as a company that prides itself on being player-focused, this was the next logical step to be where players want to play.

Your favorites, on and off the go

In many countries, mobile gaming is the primary way people play games. PC’s are expensive, stationary, and cumbersome compared to the small computers we pull in and out of our pockets hourly. It’s because of this, that players are turning to mobile gaming more and more. And what the players want, we want, because at the end of the day we’re players too. But, the transition to mobile can go wrong.

Before the transition to mobile, Blizzard announced Diablo Immortal for mobile at BlizzCon 2018. During this announcement, a member of the audience asked if the announcement was an out of season April Fool’s joke. For a company like Blizzard to hype a new release, and then reveal that it was not for PC, stung for its hard-core audiences. Like Blizzard, Riot Games has built its reputation in PC games, which made the reaction to Diablo Immortal’s move to mobile downright scary for us.

Overcoming the challenges in cross-platform play

At Riot, we realized that the key to successfully launching on mobile was to ensure that we preserved the essence of the PC gameplay on mobile and carried our community through the journey. It’s with this mindset we set out to tackle the three significant challenges that occur when launching a cross-platform game:

To take on these challenges, we began by asking questions. Questions like: how do you replicate the interaction offered by a PC’s mouse and keyboard in mobile, how do we make the Mobile UI as easy to use as the PC client’s, and how can we maintain gameplay consistency across all devices?

To get answers to these questions, the TFT developers turned to player labs. Testing, testing, and testing again. At first, the results were bad. Illegible-sized fonts and key parts of the game weren’t visible. After months of refinement, we got to a place where players reported that some of the game was easier to play on mobile. This was great news because we focused on creating an experience with an optimal User Experience (UX) that feels as good on mobile as it does on PC. And after we figured out how to do that, we just needed to bring the community along.

The community leads the way

At Riot, we pride ourselves on how strongly we take player feedback. The community does so much for us, by finding bugs that slip through, checking performance across all device specifications, and gameplay feedback. It’s because of this, Riot Games utilized pre-registration on Google Play for all its mobile games.

By registering, players became eligible for an invite to the closed beta testing. This not only allows the team to hear the communities’ feedback, but it also rewards players who can take part in shaping, what we hope, will become their favorite game!

This early testing is also a powerful promotional tool, as testers are encouraged to share their experience. As a result, many players stream on YouTube and other platforms to show people the games. During the testing of Teamfight Tactics, an Australian woman became quite well known as one of the first people to show the game on mobile and offered the closed beta in that region.

The streams are not just good publicity. More importantly, they allow for valuable feedback from the streamer and those commenting on the stream. With community insights in mind, the team was set to launch Riot Games’ very first mobile game relatively smoothly. That is, until the lockdown happened.

Teamfight Tactics was launched on PC in June 2019 after 82 days of development. In October 2019, the decision was made to create a mobile version. Creating the mobile version took five months. This timeframe meant that Teamfight Tactics, Riot’s first-ever mobile game, would launch during the first week of lockdown in Los Angeles.

Despite the onset of the pandemic, we were able to quickly transition from a team that did everything face-to-face — sitting in a launch “war room” — to one that interacted entirely remotely. At the start, the team set up a Google Meet that ran 24 hours a day and everyone popped in and out, using it just like a physical “war room.” We also made extensive use of the Google Jam Board virtual whiteboard to create a place where teams could share and develop ideas.

Even with the new challenges of the current times, we were able to transition and launch the game successfully. Right out of the gates, Teamfight Tactics became the number one app in Korea and the number one game in many countries around the world. Here’s a summary of some of the top things that we learned in the process of making a multi-platform game:

Tip 1: Talent: Find the right talent across all disciplines, specifically the right engineering talent, that knows how to create great multi-platform games. Next is UI/UX experts in mobile development. Please, do not think you can just port your PC game to mobile.

Tip 2: Platform: Build your game using a platform that can scale to multiple platforms, There are a number of popular and industry-leading platforms available for use. The platforms are optimized to allow for 3rd party SDKs that build out your services for Marketing, UA, Testing, Attribution, and more. I’ll be happy to share our experience if you reach out.

Tip 3: Players: Work with your players to test your game, make sure it’s fun on every platform. Help players understand that their feedback is important and will help shape the experience. Start early, over-communicate, be transparent, admit when you mess up and how you’ll fix it.

Tip 4: Servers and Tech: Have enough server capacity in the right places in the world to offer players everywhere in your target markets a great experience. Latency issues and Crashes will be a massive hit to retention, App Store ratings, and can ultimately bring your game down, even if it’s fun.

With just some of these tips in mind, there are many more, the future of mobile gaming is as bright as ever. But one question remains.

What’s next for mobile gaming?

Mobile gaming is on the rise. With devices becoming more powerful and portable year after year, mobile gaming is able to host the same quality of gaming that PCs have been the sole-possessor of for years. And with this newfound quality, comes greater access to esports.

In recent years esports have taken off in a big way. The number of spectators for esports is starting to dwarf those for traditional big-ticket sporting events such as the Super Bowl, World Series, and FIFA World Cup. This number of viewers and players of our games means that Riot Games has forged partnerships across a number of amazing categories like fashion, automotive, beverages, finance, and many more. In other words, esports have been globally affirmed.

And now anyone with a smartphone has the potential to be the next esports champion. The opportunity for professional gaming is accessible to anyone with a phone, and this fact has inspired players around the world to prove their tactical genius anywhere, at any time.

But more than just an opportunity to prove your skills on the go, the bridge of TFT to mobile gaming has opened up Riot Games’ community to more people than ever before. More friends are able to dawn their favorite Little Legends and dive into portals with folks across the world to share the chaotic fun.

Hear Jen Donahoe talk to Google about expanding to mobile gaming on episode 14 of the Apps, Games, & Insights podcast. Look out for upcoming articles from other episodes in our podcast series.

Do you have thoughts on expanding to mobile gaming? Let us know in the comments below or tweet using #AskPlayDev and we’ll reply from @GooglePlayDev, where we regularly share news and tips on how to be successful on Google Play.

GitLab And IBM To Support Acceleration Of Customers’ DevOps Automation 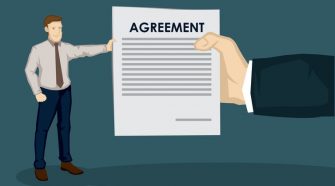 The Privacy paradox: We Claim We Care About Our Data, So Why Don’t Our Actions Match?