HP At CES 2022: Designing The Next Steps In Gaming With Revolutionary Experiences For All

Gaming isn’t just growing, it’s a constantly evolving part of today’s culture that’s led to 2.7 billion people plugging in2 – nearly 35% of the global population. Women are playing a critical part in the development and progression of this space, making up 60% of all new gamers2. Meanwhile, 30% of new gamers are under 252 years of age, showing that it’s taken firm hold as a generational form of entertainment and social connection being passed down.

In fact, the social aspect behind gaming is a primary reason to play with 84% of gamers stating they play to connect with others of similar interests2, 80% using gaming to meet new people2, and 77% play games to say in touch with friends2.

“With more people playing than ever before, gamers have never been more diverse or vocal for products that meet their needs in customization and personalization,” said Josephine Tan, Global Head and General Manager, Consumer PCs at HP Inc. “From our powerful desktop towers to our next-gen console ready 4K monitor, and ultimate ecosystem coverage plan, our CES line-up was designed to keep gamers social, connected, and entertained with an amazing hardware and software ecosystem that reflects their individual needs.”

The OMEN 45L Desktop makes waves with a revolutionary patented CPU cooling solution dubbed the OMEN Cryo Chamber™1. This compartment is situated up to 43mm3 above the main tower interior and houses up to a 360mm AiO liquid cooler, which results in CPU temperatures 6°C lower4 at full load over an identical model without this feature. It works by pulling in colder ambient air from outside the desktop to cool the radiator instead of utilizing air within the main interior actively heated by the CPU, GPU, and other components. For those who opt to go with a more traditional tower design, the recently released OMEN 40L Desktop has all the same configurability as its larger sibling, without the OMEN Cryo Chamber™1 and one less 120mm fan, which results in a slightly smaller vertical footprint. The OMEN Cryo Chamber™ for the OMEN 45L Desktop can also be used as a handle to easily move the unit around, akin to a certain gaming console from the past

FULL DIY AT YOUR FINGERTIPS

Enthusiasts who love to DIY a computer from the ground up made up 19% of the total PC gaming hardware market11 opposite branded systems and peripherals as little as two years ago. To support this critical segment the, the OMEN 45L ATX Case – complete with the innovative OMEN Cryo Chamber™1 – will be available to purchase in the coming weeks.

ENGINEERED FOR GAMING PERFORMANCE AND EXPANDABILITY

Introduced last spring, the OMEN 25L Desktop gave gamers a reimagined tower with refined thermals and a tool-less design in a tower that’s simple yet sleek. Today the aesthetic of the desktop is further enhanced with a much-requested Ceramic White color option – a first for an OMEN Desktop – along with an optional tempered glass side panel to highlight the gorgeous interior, which features RGB lighting via OMEN Gaming Hub. Thermals have been further improved with the addition of a 120mm front fan. As powerful as ever, gamers can breeze through the latest hits with graphics powered by up to the NVIDIA® GeForce® RTX 3080 or up to the AMD Radeon™ RX 6700 XT graphics card. When paired with the computing strength of up to the latest 12th Gen Intel® Core™ i7 processors5, or up to the latest AMD Ryzen™ processors6, this desktop is ready to handle any game thrown at it. ELEVATED GAMING FOR ANY LIFESTYLE

With the reveal of Victus by HP earlier this summer, gamers were introduced to a brand that focuses on helping anyone outplay the ordinary in their gaming adventures. The Victus by HP 15L Desktop is the line’s first desktop and features a compact design with two color options in Mica Silver and Ceramic White, along with the introduction of the eye-catching, customizable RGB “infinity mirror” logo that’s sure to make anyone stop and gaze.  Complete with stellar internal power with up to NVIDIA® GeForce® RTX 3060 Ti or up to the AMD Radeon™ RX 6600 XT graphics card. Meanwhile, new 12th Gen Intel® Core™ i7 processors5, or up to the latest AMD Ryzen™7 5000 G-series processors6 and up to 32GB of DDR4 RAM ensure players won’t skip a beat. Victus by HP 15L Desktop utilizes a sustainably focused[12] design including post-consumer recycled plastic in the bezel, water-based paint, along with being Energy Star certified and EPEAT® Gold Registered.

The OMEN 27u 4K Gaming Monitor debuts as both OMEN’s first HDMI 2.1 and first next-gen console plug-and-play ready gaming monitor. The 4K gaming market is rapidly expanding with year over year growth of 257% in the USA, 237% in APJ, and 185% in EMEA13, while 6 out of 10 gamers check if their monitors are compatible with their console during the purchasing process14. With 47% of all gaming monitors projected to be 144Hz in 202115, this monitor delivers on the growing standard with a 1ms refresh rate, all while rocking the beauty that comes with 4K UHD gaming. Extended features and details include: OMEN diamond shaped ARGB lighting on the rear adds spectacular ambiance to any setup and comes with customizable animations and themes that can sync your entire ecosystem via OMEN Light Studio.

OMEN 16 and OMEN 17 laptops are both receiving major upgrades with the addition of the latest GeForce RTX 30 Series Laptop GPUs. Additionally, the laptops are being upgraded to he latest 12th Gen Intel Core processors.

SAY GOODBYE TO GAME OVER

The HP Ultimate Gaming Coverage Plan, powered by Servify, keeps players gaming with the protection they need against accidental damage, along with mechanical and electrical breakdown for gaming PCs, accessories, and consoles from major gaming brands. Available now for $19.99 per month, it’s the industry’s only brand agnostic gaming ecosystem coverage plan and comes with coverge up to $4,000, a per claim limit of $2,000, no deductible or hidden fees, and the freedom to cancel at any time.20

Grow your gaming library by joining PC Game Pass for access to over 100 high-quality PC games on Windows at only $1 for your first three months.

Our gaming partners over at HyperX have likewise announced some spectacular new gaming products at CES, including the HyperX™ Cloud Alpha Wireless gaming headset with up to 300 hours of battery life21. Click here to find out more!

For more information about the OMEN ecosystem of gaming PCs, displays and accessories, visit: omen.com

HP Inc. is a technology company that believes one thoughtful idea has the power to change the world. Its product and service portfolio of personal systems, printers, and 3D printing solutions helps bring these ideas to life. Visit http://www.hp.com.

Previous XPS 13 Reinvents Itself, Embracing Simplicity As The New Premium 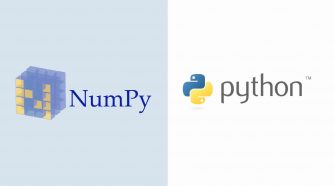 How To Install NumPy