Programming is more than just typing a few words into a computer. It’s a massive process that requires the knowledge of its own languages. Python is one of these languages, and its use is becoming more widespread each day. As computers become more advanced, companies make use of Python to assist in managing the modern world. On top of it being found in many popular websites, services, and even video games, Python is also used for extremely complex purposes like machine learning and data science. As a result, there is a massive demand for coders skilled in this language. Even senior programmers should look into it if they haven’t already, which is why they should consider the 6 best Python programming books based on their Amazon reviews.

This article will cover books with a specific focus on Python above all other coding languages. Rankings are determined through the amount of reviews first alongside the average rating. It might seem odd to see items ranked higher on the list with more criticisms, but having a wider range of people will paint a more clear picture of each book’s quality. Above all else, this article will still only cover books with mostly positive reviews, so viewers can rest assured that they’re checking out the best of the best!

6. Python for Everybody: Exploring Data in Python 3 by Charles Severance 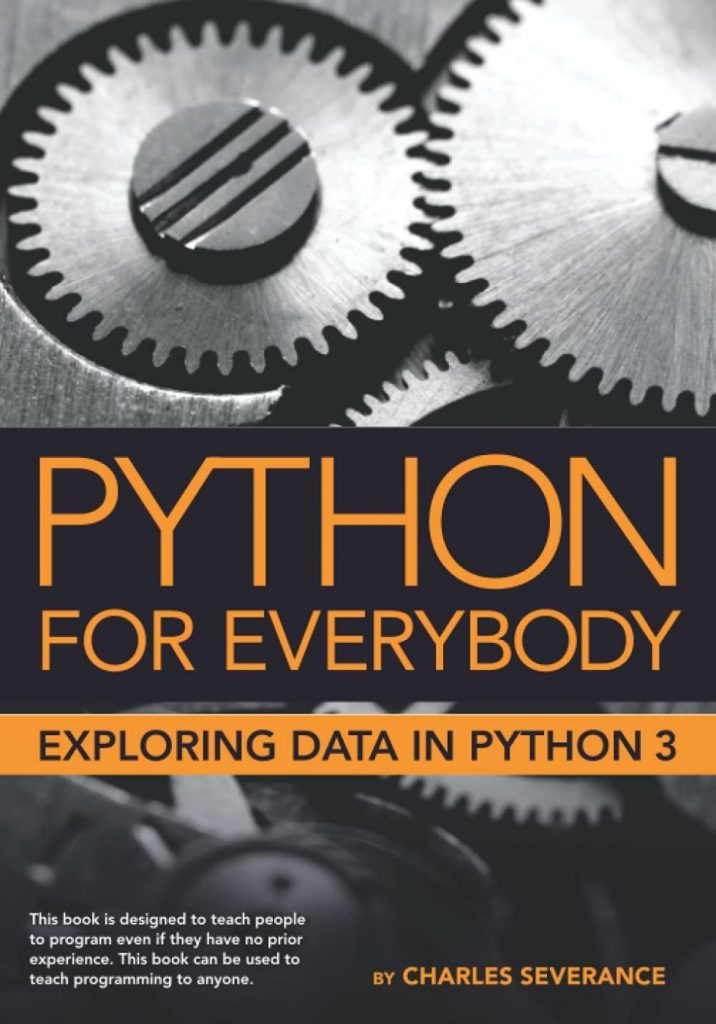 Python for Everybody was written as an introduction to the programming language. This book covers Python 3, though there’s also a similar book for Python 2 if you want to see history’s effect on it. Many reviewers praise the book as being an excellent resource for learning coding, with some mentioning how the book can provide a vast range of difficulty. Just be warned that the book was reported to have no answer key, so you might have to sink some time into truly learning all about Python with this book!

The greatest aspect of Python for Everybody is its price. The book itself is around $10, but the digital version is as low as 99 cents! If you’re fine with digital versions of books, there’s no reason to not check out Charles Severance’s offering on Python 3 — even if you decide to grab another option on this list! 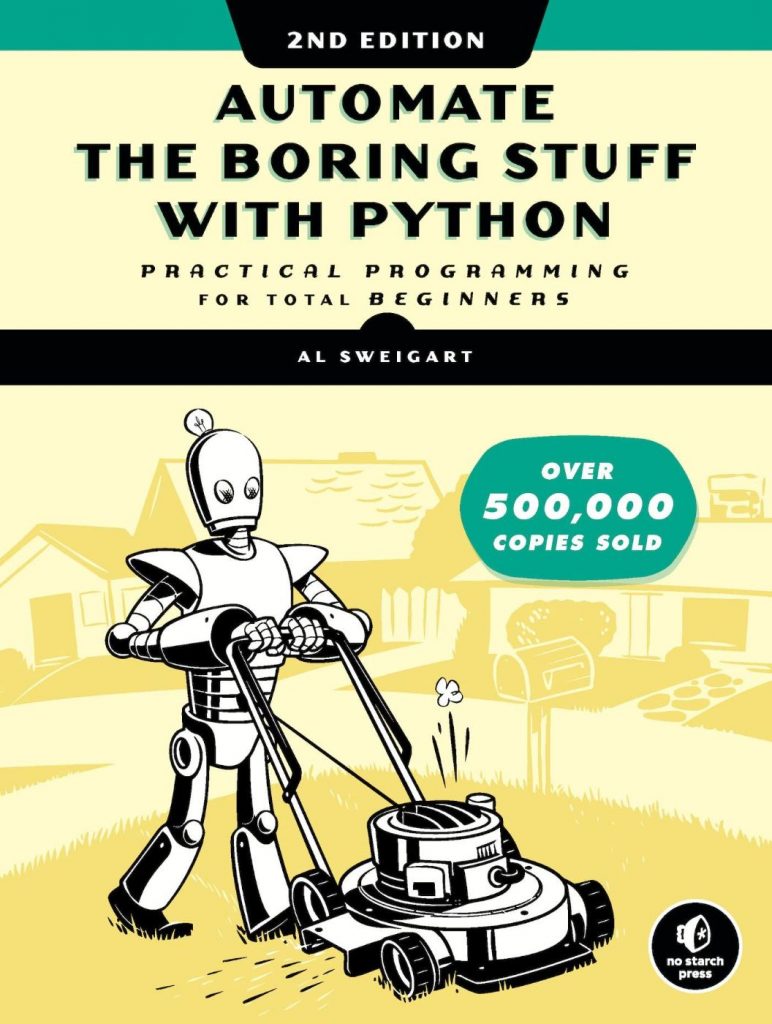 The second edition of Automate the Boring Stuff with Python is a resource from an author that has written many books on Python in the past. While many reviews still consider it to be a “tutorial,” they still acknowledge how great it is at this purpose. The book covers how to use Python in one’s day-to-day life, from sending email responses to encrypting files. The only catch seems to be the digital version’s formatting, causing certain indentations in displayed code where there should be none. Your best bet is to get the physical copy unless you want your first time coding in Python to also be a challenge.

Buy now on Amazon or AbeBooks 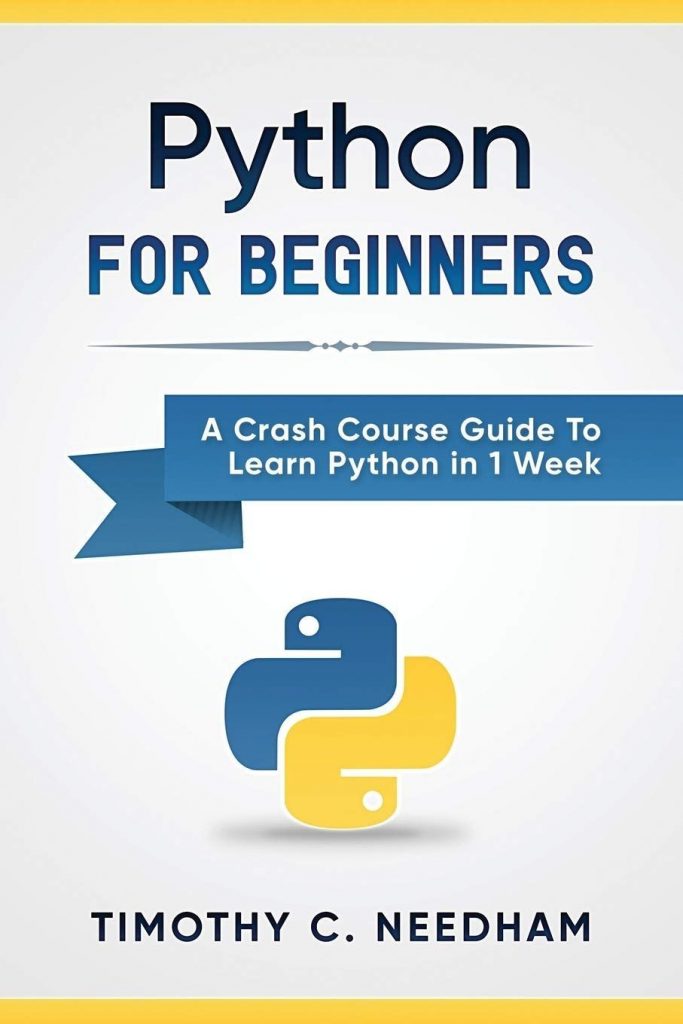 Following the trend of introductions to the language, Python: For Beginners is exactly how it sounds. It also describes itself as a great jumping-off point for seasoned programmers that simply haven’t used Python before. Unfortunately, the reviews on this book are a lot more mixed despite still being positive overall. Some readers criticized the level of information being presented, being very simple for experts while also having too many technical terms for beginners.

Reviewers have also noted that the physical book is just a printed version of the digital copy. Alongside the reports of numerous errors when it comes to syntax and spelling, this makes any version of the book somewhat difficult to recommend. Still, at its low price of under $20, it might be good to have alongside another resource if you simply need the extra assistance. 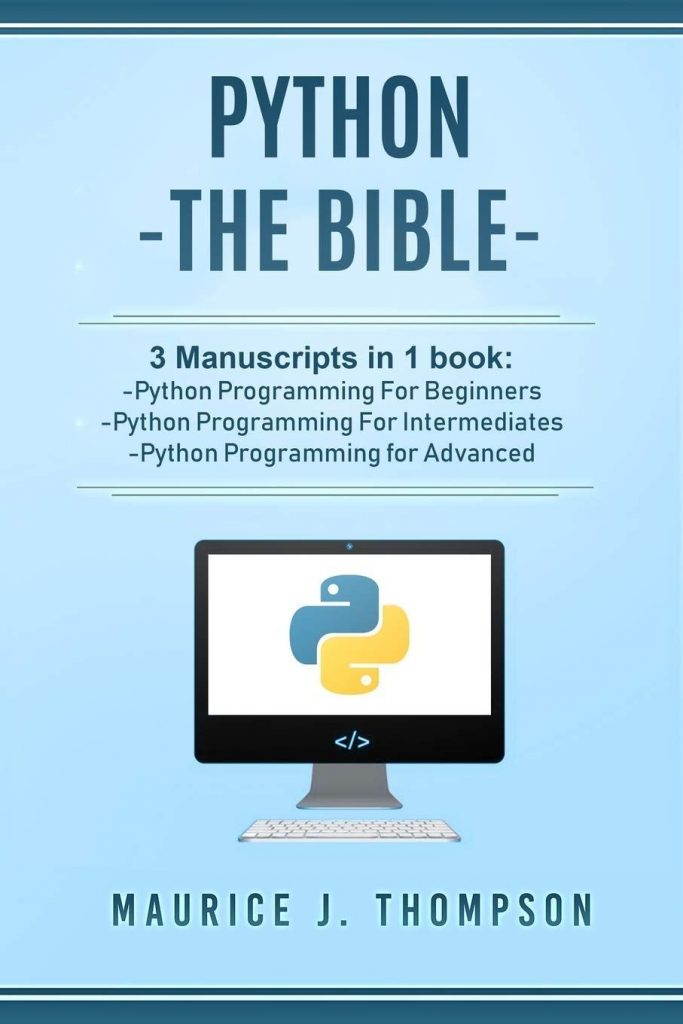 Rather than being solely for beginners, Python: -The Bible- covers the programming language in three formats. This allows newcomers to make use of this book alongside advanced users, giving it some great longevity. You’ll be able to find notes on coding styles, arguments, and file management within Python. If there’s one reason to check this resource out, it’s because of the sheer amount of information you’ll find within.

Unfortunately, like with the previous item on this list, many reviewers noted technical issues with this “bible” of information. This includes typos, poor formatting, and supposedly broken links on the digital version. This book is thankfully very cheap as well, but it’s probably best used as yet another supplementary resource rather than a full-fledged guide. 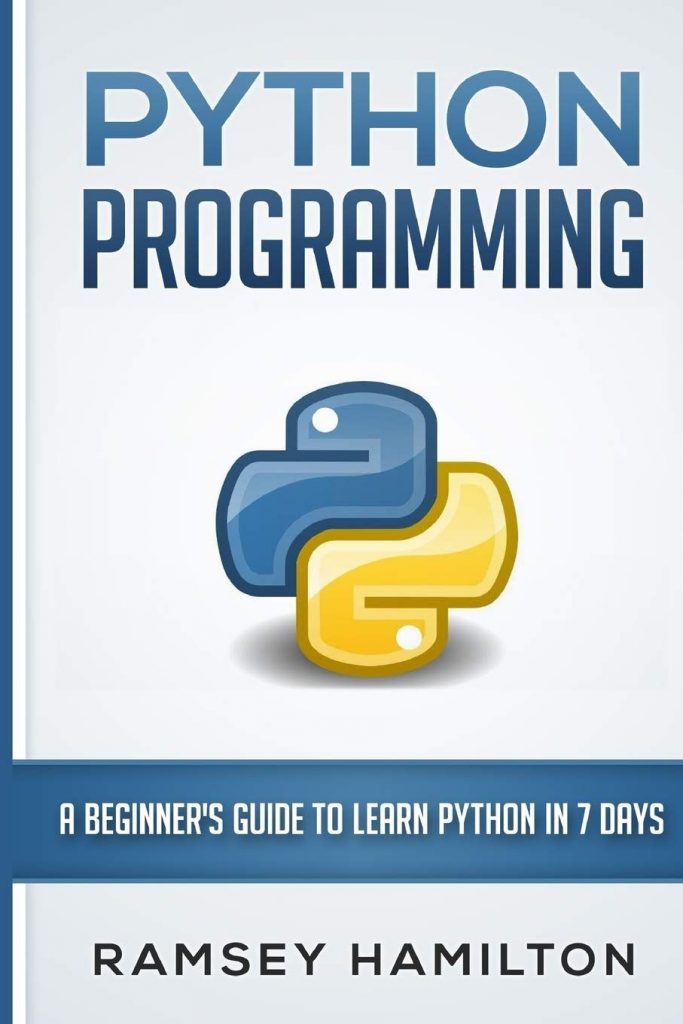 Python Programming by Ramsey Hamilton is yet another book that’s best used as supplementary material. Reviews note that it’s fine as an intro book, but it contains many spelling errors and a lot of outdated material. Perhaps one of the biggest reasons it’s so highly-rated despite this is because of its cost. Currently, the digital version is completely free on Amazon. Even without this distinction, the book itself is under $10, once again giving very little reason to check it out even despite its problems. 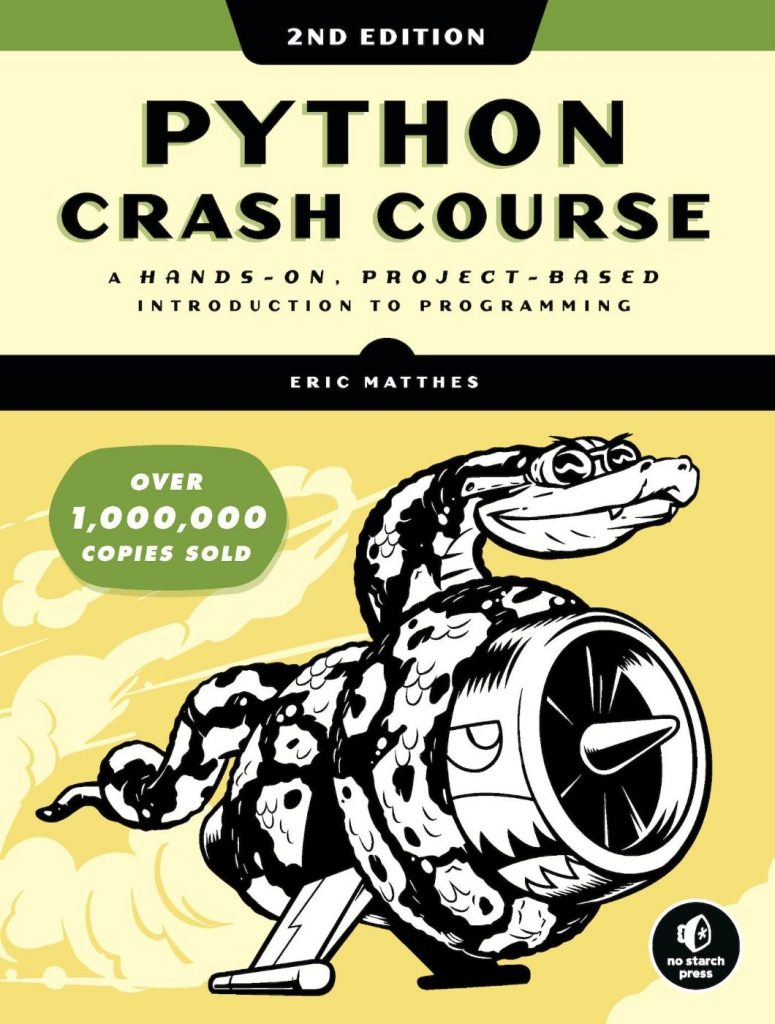 The final book on this list, Python Crash Course, truly earns its spot at the top. The only poor reviews are in relation to the book’s physical quality, as it has been noted to fall out of its binding. The actual content within is second to none, providing incredible knowledge and resources for beginners and professionals alike. It might take a while to get through everything this book can teach you, but that just means there’s a lot more to dive into. This offering from Eric Matthes is probably the best Python book you can get your hands on, especially if you cross-reference some of the other books on this list with it.

As with any programming book, many resources related to Python contain digital and paperback versions. It’s important to do research on these different versions to see how easy accessing the resources within can be. Many Python books are also targeted towards beginners rather than advanced users, so you might have to look into less popular books if you want to hone your skills further. Dive deep into the world of Python, and eventually you’ll gain skills that would fit perfectly with many different programming jobs! 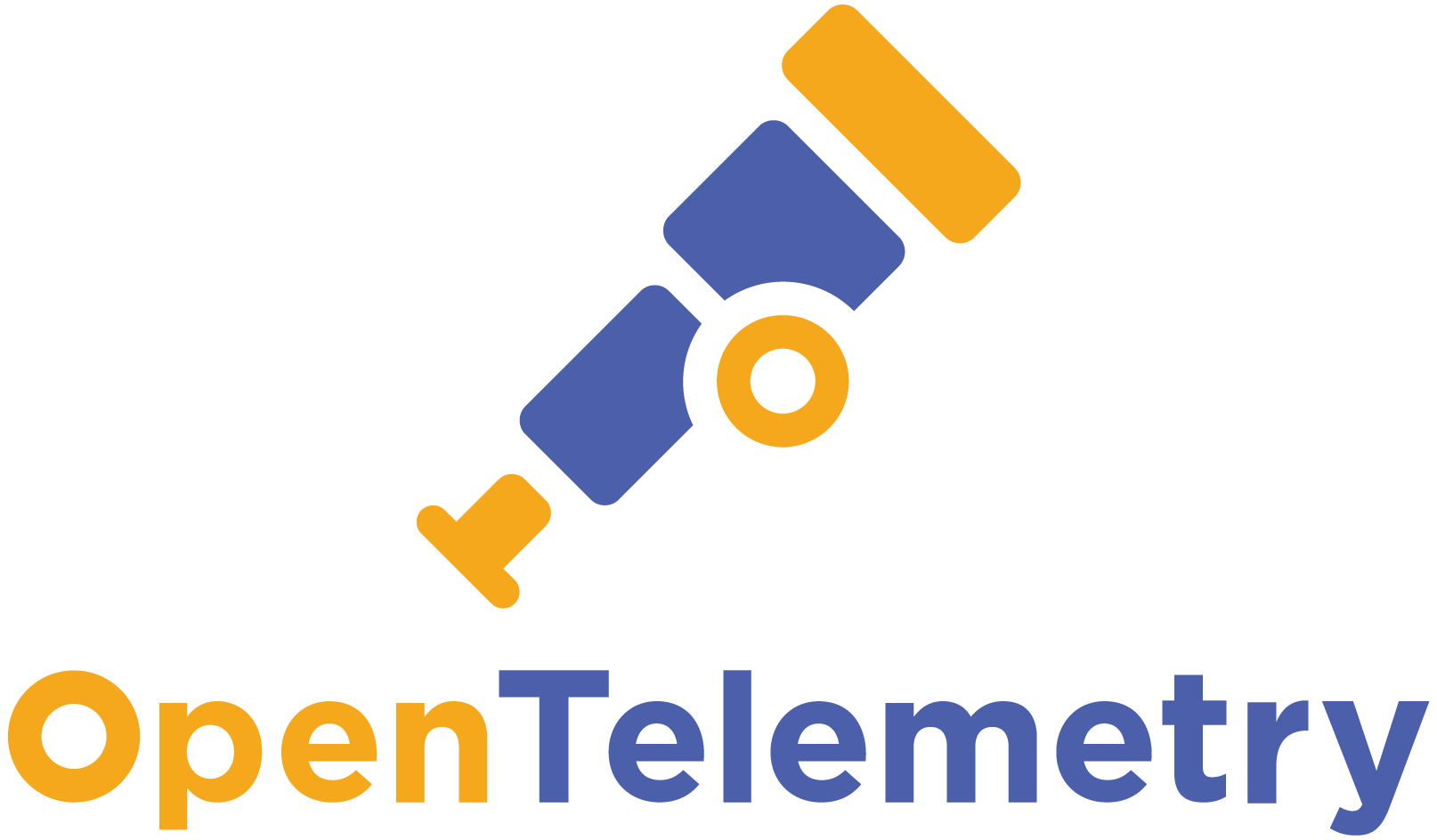 The State Of OpenTelemetry