11 Weeks Of Android: App Distribution And Monetization On Google Play

This blog post is part of a weekly series for #11WeeksOfAndroid. Each week we’re diving into a key area of Android so you don’t miss anything. This week, we spotlighted app distribution and monetization on Google Play; here’s a look at what you should know.

Thanks for joining us for this week of 11 Weeks of Android, where we focused on app distribution and monetization. The developments we announced will enable you to deliver the exciting improvements to the Android platform you’ve been hearing about since week 1.

Google Play partners with developers to deliver amazing digital experiences to billions of Android users. From the start, we’ve committed to providing the tools and insights you need to reach more users and grow your business. This week, we launched even more features — and improved existing ones — to help you continue to maximize your success.

Thank you to everyone who has already shared their feedback on the new Google Play Console beta, which launched a few months ago at play.google.com/console. As we’ve continued to update the beta, we’ve launched a number of key releases including:

Earlier this week, we hosted three webinars to get you up to speed on what’s new and what’s changed from the classic Play Console. If you weren’t able to tune in live, you can watch the videos on demand below.

To help you release with even more confidence, check out this webinar with Google Play UX designer Matt McGriskin, who will walk you through the new testing and publishing workflow.

Finally, if you want to grow your audience, join Google Play engineer Ryan Fanelli for app store optimization best practices and an overview of the new acquisition reports.

You can also take our Play Console Play Academy course. And if you haven’t already, please opt in to 2-Step Verification to sign into Google Play Console, which will be required later this year.

We’re glad so many of you are already using the Android App Bundle to release your apps and games. We’re continuing to make app bundles a better publishing format with several recent improvements:

If you haven’t switched to the app bundle yet, we’ve published some FAQs on Play App Signing—which is required for app bundles—as well as guidance on how to test your app bundle. Check out our recent blog post to find out more about the recent improvements we’ve made to developing, testing, and publishing with app bundles.

As we announced as part of the Android 11 Beta launch, we intend to require new apps to publish with the Android App Bundle on Google Play in the second half of 2021. This means that we will also be deprecating APK expansion files (OBBs) and making Play Asset Delivery the standard for publishing games larger than 150MB.

Because ratings and reviews are such an important touchpoint with your users, many of you asked us to give users the ability to leave a review from within your app. Now, with the new in-app review API, you can do just that. Choose when to prompt users for a review and get feedback when it’s most valuable. The in-app review API is available now in the Play Core Library.

We’ve also released a unified sample for Play Core APIs, which includes in-app reviews as well as on-demand feature modules and in-app updates. Check it out to learn how to use these APIs using our Play Core Kotlin extensions artifact, which makes working with Play Core easier for Kotlin users.

We’ve also just kicked off a six-article series on Google Play Billing, which you can follow here on Medium.

Google Play Pass enables developers to earn additional revenue and connect with untapped audiences by offering experiences free of ads and in-app purchases. Since launching last September, Play Pass has added over 200 new titles to the catalog, from puzzles and racing games to utility and kid-friendly apps. We’re also excited to celebrate the world premieres of Super Glitch Dash and Element this week as the newest “Premiering on Play Pass” titles.

The expanded catalog has enabled rich user experiences and provided a sustainable stream of revenue for developers using an innovative revenue payout model. In aggregate, titles on Play Pass earn more than 2.5x the revenue compared to their Play Store-only earnings in the US.

Last month, we made Google Play Pass available in nine new markets and gave users the option to get started with either an annual subscription or the existing monthly plan.

Today, we are announcing that developers with in-app subscriptions can now nominate their titles to join Play Pass. If you’re building a great experience that Google Play Pass users would love, you can learn more and express interest in participating.

If you’re looking for an easy way to pick up the highlights of this week, check out the app distribution and monetization pathway. Test your knowledge of key takeaways to earn a limited-edition virtual badge.

Thanks for joining us for 11 Weeks of Android! We hope you find these recent announcements and resources helpful in powering your success on Google Play.

You can find the entire playlist of #11WeeksOfAndroid video content here, and learn more about each week here. We’ll continue to spotlight new areas each week, so keep an eye out and follow us on Twitter and YouTube. Thanks so much for letting us be a part of this experience with you!

How To Install Vokoscreen Video Desktop Recorder For Ubuntu 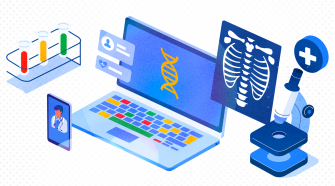