Customer retention is vital for every app business: if customers don’t hang around, neither will your company. Therefore, a successful retention strategy is becoming more important for every online business.

Everybody wants to be a growth hacker, and wants their product to go viral. However, customer growth, while very important, can always be bought using ads.

By contrast, you cannot buy retention and engagement: it must be built into the product.

But where do you start? What is the key to building habits in your users?

The Hooked Model defines 4 steps to creating habits that will help retain users in your app:

1. Trigger. An event that encourages someone to act, which is either an:

2. Action. A behavior that anticipates a reward — opening an app, scrolling a feed, checking a dashboard, or playing a video. The simpler the behavior is to accomplish, the more likely the user is to do it.

3. Reward. The user gets what they came for.

4. Investment. The user puts something back into the product that makes it better the next time they use it.

The importance of variability

Habit-forming products have some element of variability or intermittent reinforcement. This knowledge came from the work of B.F. Skinner, the father of operant conditioning. Skinner conducted experiments with pigeons, giving them a food reward when they pecked a disk. Skinner found that he could quickly train his pigeons to peck at the disk whenever they were hungry.

One day, Skinner realized he didn’t have enough food pellets to give one every time a pigeon pecked the disc. So he ran the experiment, rewarding the pigeons intermittently. Skinner observed that the response rate, the number of times the pigeons pecked at the disk, increased when the reward was given intermittently.

In the most engaging, habit-forming products, this behavior is why there is some element of mystery, a bit of uncertainty. Why do we love watching a ball bounce around a court or pitch? It’s all about variability. Variability is very important in establishing all sorts of habits.

As product designers, we can use variable rewards to help our users build good habits.

Through perpetual cycles of the four steps — trigger, action, reward, and investment — eventually, people are not using the app because of the external triggers; it’s the internal triggers that motivate them.

A desire to escape discomfort prompts all human behavior: even the pursuit of pleasure is psychologically destabilizing.

This process is the homeostatic response.

As a designer, if you want to build a healthy habit in users’ lives, you must understand their psychological “itch”. You have to understand the frequent internal triggers that the customer will eventually associate with your product’s use and the satiation of their need.

We love to use the term addiction. Somehow, everybody’s addicted; everybody can’t stop.

As product designers, we would never want to harm our users. Unlike an addiction, a habit is simply an impulse to do a behavior with little or no conscious thought. Whatever psychological tips and tricks you use, you’re not going to hijack people’s brains. It’s a misconception that habits equal addictions, equal mind control.

You can’t make people do what they don’t want to do. You have to understand what their motivations for using your product are. Everybody who’s built a product knows it’s much harder than giving people points, badges, and leaderboards. Building great products people use over the long-term requires understanding what users really want.

What do you do when somebody wants to use one of these behavioral design techniques in a potentially unethical way? One way to test for these dark patterns is the regret test.

The regret test takes a group of user testers and asks them, “would you do what I’ve designed for you to do?”

There are two forms of manipulation:

If I want to get in shape, learn a language, I want technology to persuade me, to help me do that. What I don’t want is to be coerced.

The difference between persuasion and coercion is regret.

When you run user tests, not only are you on the right side ethically of the business equation, but you are also doing the right thing for your bottom line.

The developers of Fitbod realized that there was an internal trigger that wasn’t being met and a habit they could create. Rather than saying, “Hey, we want to take you from being a couch potato to running a marathon,” they said, “Our customer segment is people who go to the gym but don’t know what they’re doing.”

The variable reward is the exercise and all the uncertainty that comes with the number of reps, sets, etc. Each day the app told me what to do, but it would be a little bit different every day.

Then came the investment. By recording the reps, sets, and exercises, the app got smarter. If I did legs on Monday, the app would tell me to do arms on Tuesday, and it would tell me exactly how much weight because I’d recorded what I’d done in the past. The more I used it, the stickier it became.

The critical question designers have to ask is, where is the opportunity to insert a behavior that requires little or no conscious thought but improves the user’s life?

Gamification is often talked about as being so sticky, being so habit-forming. However, games are a pretty poor example: People move from game to game because they figure the last one out; it gets monotonous. Rather people want constant variability. People always look for the new, and gimmicks don’t sustain our attention. It needs to be perpetually, infinitely variable, not short-term tricks.

The best retention metric is the “percentage of habituated users.” This metric is specific to each app. Every app or service has a baseline frequency of use, and every app is different. If it’s a fitness app, a habituated user may be using it three times a week. If you’re building a social network, a habituated user probably interacts every day.

However, there does seem to be a critical cutoff where, if a product is not used within a week, it’s tough to change a consumer’s habit.

Start by defining how many times per week you would expect a habituated user to use your app.

Then look at the Hooked Model and say, “Okay, where can we make it better? Are the external triggers clear? Is the action easy enough? How can it be made easier? Is the reward rewarding?

Now experiment by adjusting the reward, the variability, or other elements of the cycle. To start with, when you plot retention, you’re likely to see what is known as a shark fin graph: rapid growth followed by a decline.

For each experiment, you want these shark fins to get higher and level off higher. This will tell you that the percentage of habituated users is increasing with each change you’ve made.

Future challenges: Beyond the screen

When you look at the next generation of smart devices, such as Google Home devices, the screen has gone away. That means there are fewer opportunities to interact with people through external triggers — the pings, the dings, the rings — because there’s no visual real estate to send people messages and tell them what to do.

If you’re a skill on Google Home that people forget to ask for, your product doesn’t exist for them. You might as well not have even built it because they can’t remember to use it.

This challenge is why habits are so important and will become increasingly important. Habits are a tremendous competitive advantage because it’s tough for a competitor to swoop in and take your customer away once you’ve built a habit with them.

To get the most out of the Hooked Model, you should consider it at critical stages in your app or product lifecycle and ask 5 questions:

Before you hire any designers or commit any code, ask yourself, if my product needs repeat engagement. If I want people to use the product because they want to, not because they have to, can I answer the five questions proposed by the Hooked Model?” Just do it with a piece of paper and a pen, the answer will tell you a lot about your product and help guide your design and development.

Then, if people aren’t coming back to your app or service, if your retention rates stink and you don’t know why, use the same five questions as a diagnostic tool to figure out where your product deficiencies are so you can correct and improve.

This essay is adapted from the work of Nir Eyal, bestselling author of ‘Hooked’ and ‘Indistractable.’

Hear Nir Eyal and Marcus Gners from lifestyle app Lifesum talk to Google about driving retention on episode 15 of the Apps, Games, & Insights podcast. Look out for upcoming articles from other episodes in our podcast series.

Phishers Are Posing As Contract Partners To Access Company Data 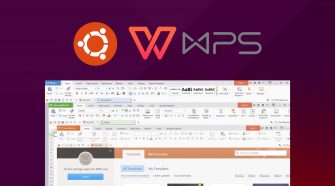 How To: WPS Office For Ubuntu – Installation