This article is part of a partnership between Newzoo and Google.

The mobile games market in Latin America is vast and growing, generating $3.5 billion in revenues via consumer spending in 2021, as shown in our new Global Games Market Report (download the free version here).

In this article, we will explore some of our actionable data and Consumer Insights around the region’s exciting mobile games market.

In terms of mobile game revenues, Brazil’s lead is followed by Mexico (which will generate just under $900 million), Argentina, and Colombia. Mobile is also Latin America’s fastest-growing revenue segment, hitting $5.1 billion in 2024. But why is this the case?

One major contributing factor to mobile’s impressive player, revenue, and growth figures in the region is the segment’s low barrier to entry. And mobile is becoming even more accessible across Latin America.

By the end of 2021, there will be over 351.9 million smartphone users in the region, as shown in Newzoo’s Global Mobile Market Report. That already impressive number will cross 400 million in 2023.

Owing to Latin America’s stringent imports legislation, console and gaming-PC prices are among the highest in the world, making mobile the most viable option for many gamers in Latin America.

What’s more, internet access across the region is currently going through a process of democratization. Internet penetration is on the rise across Brazil, Mexico, Argentina, Colombia, and Chile, connecting and empowering residents and making (online) gaming viable.

Internet availability will be further expanded with 5G implementation. In Latin America, 5G rollout will be gradual, but we expect most of the region to have access to 5G in the next five years.

By the end of this year, there will be just under 20 million active 5G-ready smartphones in Latin America — a number that will grow fivefold by the end of 2023.

As each country within Latin America has its own political, financial, regulatory, and even topographical challenges, 5G will penetrate the region’s markets at different paces.

Improving internet, 5G, and infrastructure will have a knock-on effect on Latin America’s mobile games market, impacting its individual countries differently depending on their size and current infrastructure.

For smaller markets such as Colombia, Chile, and Peru, these improvements will spark further growth in the online population and smartphone users, also creating more opportunities for smaller indie developers.

In bigger markets such as Brazil, Mexico, and Argentina, 5G will lead to:

Almost half of the mobile players in Latin America are keen to spend on mobile games. Mobile is also the segment where players spend the most. As you can see below, both the absolute number of mobile payers and the payer-to-player ratio have been increasing throughout the years:

In terms of spend per player, Mexican players — relatively speaking — spend more than Brazilian players. But through which digital stores are Latin America’s payers spending?

Google Play is the platform of choice for players and payers across Latin America. In 2021, Google’s store accounts for more than 68% of app-store revenues, with iOS and third-party stores taking shares of 29.9% and 1.5%, respectively.

Android devices offer more choice for consumers (especially in terms of lower- and mid-end devices), and they are often cheaper than iOS devices with similar technical specifications.

Newzoo’s 2021 Consumer Insights data — covering Mexico, Brazil, and Argentina in Latin America — shows that in-game currencies are the most popular virtual goods among Latin America’s mobile gamers, purchased by 43% of the players.

Our data also highlights some interesting insights about player behavior in Latin America — as well as differences between markets within the region.

On a regional level, 35% of Latin America’s mobile gamers played a strategy game in the past six months, making it the top genre for that period. Strategy is followed by shooter (played by 32% of players) and racing (30%).

These genres, especially strategy and shooter, are inherently core and competitive in nature, a far cry from the more casual mobile game genres that dominate North America and the West.

Themes paint a similar picture. Our data shows that 47% of players in Latin America claim sci-fi is the most appealing game theme, while 43% chose fantasy. While themes don’t necessarily point to a specific genre or playstyle, core and competitive games tend to fall in the sci-fi or fantasy categories.

In terms of individual countries, mobile gamers in Brazil typically enjoy the contemporary theme more than the Latin American average, while gamers in Mexico over-index for sci-fi and fantasy:

Unsurprisingly, Latin America-based mobile gamers are also likely to value core gameplay mechanics, with 30% considering exploration and open worlds as the most appealing aspects of mobile games. Meanwhile, 29% believe a strong narrative is the most attractive feature.

Mobile game revenues for June 2021, based on data from our partner Apptopia in Newzoo Expert, also reflect Latin America’s taste for core and competitive mobile games. In no particular order, June’s top 5 highest-grossing genres were:

From languages to player habits and even streaming platforms of choice, no country within Latin America is the same.

Brazil is a more uniform market. Due to its single dominant language (Portuguese) and no significant cultural differences across the country, it is easier to understand its players’ habits and preferences.

In Spanish-speaking countries like Colombia and Argentina, however, linguistic and cultural differences impact players’ preferences and habits.

Brazil’s top emerging platforms, NimoTV and Booyah, are not as popular or accessible in the rest of Latin America. Therefore, Spanish-speaking viewers prefer watching mobile game content on platforms such as Twitch and YouTube, which are also the dominant platforms in the West.

Spanish-speaking viewers mainly watch streamers from Spain rather than from LATAM, representing an opportunity to develop the mobile game streaming market focused on the LATAM culture.

In fact, our Global Esports and Live Streaming Market Report shows that the Portuguese- and Spanish-language streams are the fastest-growing in terms of viewership on Twitch.

Latin American viewers and players feel more connected with streamers that speak their own language and understand their culture. In the following section, we will shine the spotlight on the demographics of these players.

As you can see in the image below, mobile-game players in Latin America are likely to be male, between 21 and 35, with a high income. Nevertheless, our Consumer Insights also shows that the split between male and female players is almost 50:50.

Looking at age, the highest share of players in Latin America falls under the 21–35 group. In general, mobile games attract a relatively older audience in the region. These older demographics are more likely to have more disposable income to spend on games.

Latin America’s esports scene will generate revenues of $47.5 million this year (+16.0% year on year), powered by a 43.8-million-strong esports audience.

Competitive titles like Garena Free Fire, Arena of Valor, and Mobile Legends: Bang Bang are especially popular in Latin American countries. Both games are popular across playing, viewing, and esports.

The popularity of these games is also empowering esports in the region. Younger individuals who cannot afford PC and console games have discovered a viable entry to the world of esports via mobile. And we cannot wait to see how the future of Latin America’s mobile game and esports markets unfold and flourish.

From core and competitive appetites to mobile esports and continued infrastructure and internet improvements, Latin America is a key market to watch for any forward-thinking mobile publisher looking to expand its total addressable market and revenue growth.

And at the pace the market is currently developing, it is the early movers and innovators — those who use data to contextualize and understand the market — that will win over Latin America and its gamers.

Looking to enter Latin America’s games market? Or hone your current strategy? Reach out to us here or at [email protected] and we’ll help you achieve your goals. 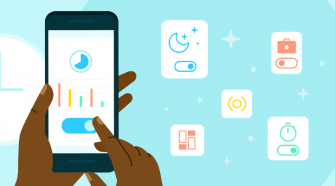 How Developers Can Support User Wellbeing