Android renders user interface (UI) by generating a frame from your app and displaying it on the screen. To ensure that a user’s interaction with your app is smooth, your app should render each frame under the refresh rate that is determined by each device–for example, Pixel 6 allows rendering 90 frames per second at the maximum, which means that each frame needs to be rendered under 11ms. If your app suffers from slow UI rendering, the Android framework is forced to skip frames. When this happens, the user perceives unexpected and distracting visual glitches, also known as jank.

Recording a trace from live interactions

The following example uses the JankStatsSample application in the GitHub performance samples repository to showcase how to spot the cause of the jank using CPU profiler.

This sample project shows how to use the JankStats library. It includes multiple simple sample activities…

2. Open the Profiler tab at the bottom of the Android Studio

3. Start a new profiling session by clicking the + icon in the left pane of the Profiler, then select the device name and the application process, against which you want to run the profiler.

6. Interact with the application to gather some data then click the Stop button.

or by checking the All Frames checkbox, you can toggle if the trace shows the non-janky frames as well.

You can see the detailed frame information by hovering the mouse tip on each frame or by clicking it. There are three types of frames if you check the All Frames checkbox.

By checking the Lifecycle checkbox, you can toggle showing/hiding four additional tracks.

have been available since Android Studio Bumblebee. You can see the detailed explanation of each track in the documentation.

Now, let’s see how you can diagnose what causes the janky frames in your app.

The dashed Deadline represents the deadline. When a frame’s duration exceeds that deadline, the frame is considered as janky.

You can also see the detailed analysis at the right pane of Android Studio.

2. If you look at the corresponding trace section in the main thread of the application, you can see a large amount of time is spent in `View#draw`.

Also, you can see the large amount of thread state is sleeping if you look at the main thread state in the detailed analysis pane.

3. Let’s look at the code where View#draw is called.
You can spot the View#onDraw is overridden in the JankyView class.

The simulateJank method that is called from onDraw is defined as follows,

Then you can spot Thread.sleep is called inside the simulateJank method. It may be obvious because the JankStatsSample application is created to simulate janks on purpose, but the important thing is that you are able to spot the actual code by looking from the overview of the janky frames to more detailed analysis.

Note: Although it’s obvious that calling <em class="lh">Thread.sleep</em> is problematic in this example, in reality you will need to make more difficult decisions when optimizing your real application code. The Microbenchmark library can help you measure if the changes that you’re making are having the desired effect.

Note: The system tracing shows various sections captured by platform code and libraries that are part of your app. Oftentimes it won’t have enough information. To improve that, add custom trace, one of the ways of adding custom trace is by using the <em class="lh">trace(“MySection”) { /* this will be in the trace */ }</em> in the AndroidX Tracing library.
For example, <em class="lh">trace(“Jank Simulation”) { … }</em> in this example is shown in the corresponding thread’s trace section.

For more information about reading traces and adding custom ones, visit Overview of system tracing.

4. Let’s change the code to not call the simulateJank method in onDraw, then see if the janky frames are still observed.

This time, when you rerun the system trace recording, you will see no janky frames after interacting with the application!

Alternatively, you can also save the trace and load it later by following steps below. Saving and loading the trace is useful in that you can compare the different versions of traces, share it with other people.

Note: You can also obtain the system traces by using the Macrobenchmark library.

3. Then later, load the saved system trace recording by navigating to + -> Load from file… and select the saved file exported in the previous step

4. Select the process you want to analyze. After the process list dropdown is shown, you can start typing the part of the process name to quickly locate it.

Then you can load the saved trace and see the janky frames same as recording from the live interactions.

That’s it! Starting with Android Studio Chipmunk, you are able to see more precise profiling data that helps you to spot your application’s janks.

To learn more about the usage of CPU profiler, make sure to check out the documentation and help us improve our tools by navigating to `Help -> Submit Feedback` in Android Studio.

You can also check out the What’s new in app performance talk at Google I/O that covers a broad range of performance topics including avoiding janky frames.

And if you want to check out our new library for detecting and reporting jank in your production apps running on user’s devices, head on to documentation for JankStats!

Introducing A High-Usage Tier For Managed Service For Prometheus

How Garbage Collection Works Inside A Java Virtual Machine

Your Commute Just Got Easier With Google Pay And The Assistant 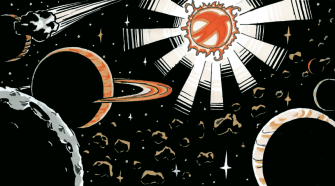