I’m delighted to announce Swift Atomics, a new open source package that enables direct use of low-level atomic operations in Swift code. The goal of this library is to enable intrepid systems programmers to start building synchronization constructs (such as concurrent data structures) directly in Swift.

As a quick taste, this is what atomic operations look like using this new package:

This is enabled by SE-0282, a recently accepted Swift Evolution proposal that explicitly adopted a C/C++-style memory model for Swift, and (informally) described how regular Swift code interoperates with atomic operations. In fact, most APIs in this new package come from previous incarnations of the SE-0282 proposal: they were originally developed by an extremely productive collaborative effort on the Evolution forum. I am deeply grateful to all contributors to these discussions, and I hope the package will continue the collaboration in similarly high spirits!

Proceed at Your Own Risk

The Atomics package provides carefully considered API for atomic operations that follows established design principles for Swift APIs. However, the underlying operations work on a very low level of abstraction. Atomics – even more than other low-level concurrency constructs – are notoriously difficult to use correctly.

These APIs enable systems programming use cases that were previously out of reach for Swift programmers. In particular, atomics enable the creation of higher-level, easier-to-use constructs for managing concurrency without resorting to importing their implementation from another language.

Like unsafe APIs in the Standard Library, we recommend using this package very sparingly – preferably not at all! If it’s necessary, though, it is a good idea to:

Approach atomic code with extreme caution. Use copious amounts of Thread Sanitizer after every contact!

The package implements atomic operations for the following Swift types, all of which conform to the public AtomicValue protocol:

One common use case for an atomic strong reference is to create a lazily initialized (but otherwise constant) variable of some class type. Using general atomic references would be unreasonably expensive in this simple case, so we also provide a separate set of more efficient constructs (ManagedAtomicLazyReference and UnsafeAtomicLazyReference) that are optimized specifically for lazy initialization. This can be a useful replacement for lazy var stored properties in class contexts, which aren’t safe to use in concurrent contexts.

Atomic access is implemented in terms of dedicated atomic storage representations that are kept distinct from the corresponding regular (non-atomic) type. (E.g., the actual integer value underlying the counter above isn’t directly accessible.) This has several advantages:

While the underlying pointer-based atomic operations are exposed as static methods on the corresponding AtomicStorage types, we strongly recommend the use of higher-level atomic wrappers to manage the details of preparing/disposing atomic storage. This version of the library provides two wrapper types:

ManagedAtomic requires a class instance allocation for every atomic value, and it relies on reference counting to manage memory. This makes it very convenient, but the allocation/reference counting overhead may not be appropriate for every use case. On the other hand, UnsafeAtomic can be used to perform an atomic operations over any memory location (of the appropriate storage type) to which you can retrieve a pointer, including memory you allocate yourself, a slice of ManagedBuffer storage, etc. In exchange of this flexibility, you need to manually ensure that the pointer remains valid while you’re accessing it.

Both constructs provide the following atomic operations on all AtomicValue types:

The ordering enumerations correspond to std::memory_order in the C/C++ standard, except this package doesn’t expose a consuming memory ordering. (memory_order_consume isn’t implemented by any C/C++ compiler, and while it isn’t explicitly deprecated, its semantics are being revised, and its use is discouraged in the current version of the C++ standard.) The Atomics package provides three separate enumerations for orderings, each representing the subset of orderings that apply to a load, store or update operation, respectively.

All atomic operations exposed by this package are guaranteed to have lock-free implementations. Lock-freedom means that the atomic operations are non-blocking – they don’t ever need to wait on the progress of some other thread to complete their own task.

However, we do not guarantee wait-free operation: depending on the capabilities of the target platform, some of the exposed operations may be implemented by compare-and-exchange loops. When multiple threads are repatedly competing for access to the same atomic variable, this may result in unfair scheduling where some threads may get repeatedly preempted by others, forcing them to retry their operation an arbitrary number of times. That said, all atomic operations map directly to dedicated, wait-free CPU instructions where available – to the extent supported by LLVM & Clang.

In the near term, we’d like to round out the package by adding even more atomic types and operations, as well as to validate our assumptions about correctness and performance by improving the existing test suite.

Your experience, feedback, and contributions are greatly encouraged!

Please feel free to ask questions about this post in the associated thread on the Swift forums. 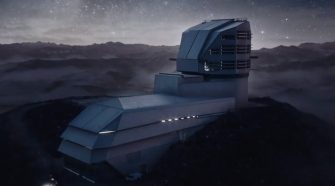