This year, Space Ape Game brought together 11 rival game studios to encourage 250 million players to do something practical about caring for the environment.

How the story began

Around this time last year, we decided Space Ape should start taking responsibility for its part in the climate crisis. We put together a small team and committed to take our studio carbon negative by offsetting double our emissions, as well as those produced by playing our games, and reducing our carbon footprint by 10 per cent.

We shared those commitments publicly at the UN Climate Action Summit in September 2019. Space Ape also became a member of the UN Environment Programme’s Playing for the Planet Alliance. As part of this initiative we have shared information to help other studios find their way to carbon neutrality or better.

How the jam was born

We wanted to do more and rally others in our industry to join us. While brainstorming ideas we realized that what drives us as gamemakers — healthy competition, lots of creativity, and, of course, our players — was the key. So what better way could there be to engage our industry in competition and creativity for a good cause than a game jam.

The next step was to set some goals and we settled on: to act as first responders within the Playing for the Planet Alliance, activate 1B MAU to take climate action, and prove the concept so it could be rolled out more broadly in 2021.

Then we moved on to the tricky challenge of recruiting studios. We found two significant challenges here. The first was overcoming reluctance because a climate message may not resonate well with a studio’s players. And, we needed at least two people in a studio to care — ideally someone very senior to give the greenlight and someone who has the time and passion to execute — otherwise the initiative wouldn’t gain momentum.

Despite pressures of running a studio and keeping a business moving, we managed to bring together some of the biggest names in mobile gaming.

Studios that joined us were:

Having gathered our teams, unfortunately, we had to be a little bit more realistic about the number of people we could reach. However, finding innovative ways to educate and empower our 250 million players about climate change was still ambitious.

For the jam we decided to give things a twist: rather than conceptualizing and prototyping new games, we wanted developers to add the climate change message to their current titles. That way we could reach people in existing player communities, rather than develop a brand new game with the hope of garnering enough players to make a difference. Collectively, we already had the audience, the challenge was to reach them in a new way, with subject matter that none of us were experts in. So next, we consulted the experts.

Our group knows games, not climate science.The last thing we wanted were a dozen in-game activations about better recycling. That’s where the team at the UN Environment Programme (UNEP) was indispensable. With guidance from UNEP we settled on four objectives for the jam, how through gameplay could we:

To educate ourselves, we scheduled two weeks of workshops in various fields of sustainability to steer our ideas, fine tune our concepts, and ultimately help us create more impactful activations.

The response from the teams to the workshops was overwhelmingly positive. Most said the workshops helped them refine their idea, for others they provided insight that triggered a change in course.

Adjusting to the new normal

All of these activities took place before the lockdown. We had originally asked companies to nominate a team, get them to stop business as usual, and dedicate two days to the jam. Then we were suddenly faced with our studio offices closing and the focus shifted to stewarding our businesses and employees through these unprecedented times. We were all preoccupied with the switch to working from home ; keeping our game teams intact and productive; adjusting sprints, deliverables, and deadlines; and above all looking after the wellbeing of our people.

However, through Slack groups, video calls, and persistence we managed to keep the jam going, albeit with extended deadlines so teams could deliver something they were proud of. Some teams swapped around members, assigned new leads, explored unchartered territory, but caught up fast.

There were an amazing range of ideas that came out of the jam. Perhaps, unsurprisingly, renewable and green energy was a popular theme.

Here at Space Ape we added a campaign to Transformers: Earth Wars to encourage our players to think about renewable and green energy. The campaign drew parallels between the fate of the Transformers’ home planet, Cybertron, and planet Earth. Cybertron was ravaged by the unsustainable harvesting of Energon. The campaign presents players with key messaging about renewable energy, while they work together to find the Heilo-Harvester, a new solar-powered building that boosts Energon production. At the end of the campaign, in collaboration with renewable energy organization REN21, we encourage players to fill out a survey that will help build a more accurate picture of the renewable energy options in different parts of the world. During the first two weeks of the campaign we received 13,000 surveys. Finally, we asked our players to pledge to switch from incandescent to LED bulbs, saving roughly 4kwh energy per day per player.

SYBO also took renewable energy as their theme and looked to normalize positive green-thinking in the Subway Surfers community. They did this with additions to the game’s 3D environments that celebrate natural wonders, renewable energy, and increased urban reforestation. As part of this plan, Subway Surfers introduced new environmental assets that saw players running past wind turbines and surfing through a recycling station during a recent game event based in Bali (released at the end of summer 2020). Players were also rewarded for picking up plastic bottles during their run. SYBO supported this activation with a social media campaign that encouraged educational discussion around green topics. SYBO plans to continue implementing game updates that help further this agenda.

Wildworks updated Animal Jam so players earned Eco-Credits for creating energy efficient Dens using wind turbines, solar panels, and other renewable energy items. Eco-Credits are then used to power an entirely new class of items within Animal Jam. Also, when engaging with the Ecosystem, players receive educational facts about energy conservation, sustainability of the environment, and a variety of different ways they can have an impact in the real world.

In Hill Climb Racing 2, Fingersoft added a new electric/hybrid vehicle tune — for super acceleration — and a recharge station with solar panels for the events.

Two teams took on the challenge of reforestation.

MAG used the TreesPlease API to enable players to make donations to tree planting and reforestation charities. They added the API to 3 of their games — Wordbrain, Wordbrain 2, and Wordzee — then devised events to highlight environmental issues and encourage players to support tree planting.

Rovio took a different approach, formulating 2 events for Angry Birds 2. In the community event players work together to “pop pigs” and donate trees for planting.

While all the teams incorporated some element of education about climate change into their solution, several teams took a more direct approach.

Playdemic is looking to develop game agnostic technology that enables them to deliver incentivized content on the topic of climate change and sustainability. By segmenting the audience through an initial survey, the technology delivers content to players based on their stance on climate change.

GameDuell already had a “Green Team” that implements ideas and initiatives to help protect the environment and fundraise for charity. To inform active players about the main climate change issues and convince them to take action, GameDuell introduced a daily trivia quiz into Belote.com — Free Belote Game with 2 to 3 questions about environmental topics. To keep the participants motivated, incentivize participation, and keep it on a personal level, the quiz is concise rather than abstract. The quiz answers might surprise people and therefore encourage them to reflect on their own situation and on changing their behavior, and, hopefully, go on to share their learnings with others.

There were also teams that addressed environmental issues more directly.

Future Games of London highlighted melting polar ice with an update to Hungry Shark World called Extinction Arctic. The update shows the effects of climate change and actively informs players about the impact of pollution on polar marine environments. As tropical fish and sea life make their way into the once chilled and iceberg-rich Arctic level, players compete to eat certain fish species and swim some distances. Players can freeze melting ice to fight off the corrupt humans invading their under-water world. To drive engagement players earn pearls and access new content, including a new shark character. The Extinction Arctic update and its marketing campaign aims to expand players’ knowledge of the polar pollution problem and empower them to make a difference.

In Choices: Rising Tides, Pixelberry created a storyline around a family fishing business affected by a major fish die-off.

Last, but by no means least, Creative Mobile Games had already refocused Zoocraft: Animal Family away from a conventional tycoon game to restoring animal diversity. They have also run a number of environmentally themed live ops. For example, their Winter Holiday 2019 event was about cleaning up an island endangered by reckless manufacturing of Christmas toys. They relied on familiar play mechanics and retained the festive spirit while telling a story about real-world problems. To support Ocean Day they created a storyline about the importance of conserving the world’s ocean and its fauna.

For the Green Game Jam, Creative Mobile Games devised a special event and fundraiser for the Wolf Conservation Trust. The center teaches people about wolves, their relationship to the environment, and the human role in protecting their future. The event ran in late May, 2020 and by the 4 June 1,500 players had supported it, raising $14,410 for the center. A lot of positive feedback was received on social media.

Learning from the experience

One unexpected side effect of this process was learning more about how you can bring together developers to achieve something meaningful despite all of today’s challenges. Some of the things we learned were:

Despite the challenges, overall we had some great wins:

Achieving this has been the work of many. In particular we want to thank the people who gave up their time and energy to guide us in the workshops. If you’re interested in obtaining the workshop materials, contact [email protected]

We’re still humbled by the steadfast commitment of those who came on board. A massive thank you to all who stuck with it, shared time, ideas, help, and enthusiasm. These people have all demonstrated what’s possible when we work together.

Now we’re looking to grow and reach that 1 billion in 2021 by attracting more studios, more platforms, and more players.

Our industry is in a unique and very privileged position. While other industries are struggling and sinking during these strange times, ours is thriving. We have the opportunity to be at the forefront of creating a better world — through our tech, our creativity, and our billions of players. Come join us.

If you’d like to learn more about the proposals that came out of the jam, take a look at all the pitches on the GGJ website.

Do you have thoughts on environmentally conscious gaming? Let us know in the comments below or tweet using #AskPlayDev and we’ll reply from @GooglePlayDev, where we regularly share news and tips on how to be successful on Google Play.

Next Apple Announces iPhone 12 And iPhone 12 Mini: A New Era For iPhone With 5G

The Biggest Free-To-Play Cash Cows Of 2019 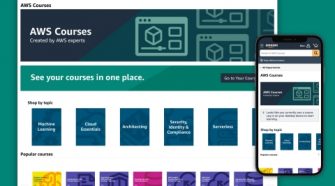