Battle passes (or season passes) have grown increasingly popular in mobile games. With as many as 30 of the top 100 games on Google Play now featuring a battle pass. Recently, game developers have continued to invest in and innovate with battle passes as a primary method of driving engagement, retention and monetization. This is true not only for Battle Royale games like Free Fire and PUBG but also across genres including Casual, Simulation, Strategy and beyond.

In this article, we’ll address some common questions we’ve received from developers who are thinking about creating a battle pass or looking to optimize an existing battle pass. We’ve also included best practices from top game developers who have successfully integrated a battle pass into their game. We hope this information will prove useful in determining whether a battle pass makes sense for your game strategy.

What is a battle pass?

A battle pass (or season pass) is a time-bound, progression-based mechanic that rewards users for playing your game. A battle pass usually has a free and a premium track, where the premium track is often such a compelling offer that it’s a “no-brainer” for players to purchase.

What were the goals for your battle pass?

“When we were thinking about creating a battle pass for Brawl Stars, we knew that a lot of our players were familiar with passes in other games. Combining that with retention and monetization, we thought a pass would work well for Brawl Stars.

The goal was to drive up the percentage of paying users per month, as well as trying to improve retention. We wanted to do all of this while being very free to play friendly.”

Why are battle passes popular with players and developers?

Battle passes give players more to do while rewarding skill and perseverance. For developers, this can mean stronger engagement and commitment to your game. Here are some other ways players and developers can derive value from battle passes.

High value to low cost ratio — Typically, the premium track on a battle pass is the greatest value offer in-game. With the total value of rewards sometimes 10x (or more) the cost that a player will pay for those items individually.

Badge of honor — Unlike traditional IAPs (in app purchases), players have to engage with the game to earn the top reward from a battle pass. Collecting these rewards is seen as a badge of honor because it requires sustained effort and/or skill to unlock.

Fair — Battle passes can be seen as more fair than gatcha/loot boxes because players are required to play the game to unlock the top rewards (even if they pay for the premium track).

Engagement — Battle passes often improve engagement (and sometimes retention), since sustained engagement is needed to unlock the top rewards. Those players who purchase the premium battle pass are even more likely to return to the game regularly to make the most of their investment.

Revenue — Players can purchase the premium track, and might go on to spend more in-game (for example purchasing tier skips or other items to help them progress in the pass).

Flexible — Developers can modify and optimize battle passes each season (e.g. price, duration, content, etc.) and passes are effective across a diverse range of genres.

[While successfully implementing a battle pass can benefit your game and players, developers should strongly consider the ongoing cost of optimizing and creating content for your pass each season.]

How did you decide on the price, length and value of your battle pass?

“We wanted our price point to be comparable to other games but also quite low so it was accessible for players. We have a fifty day cadence because we wanted breathing room for us and our players to make improvements between seasons. We wanted to make the rewards feel worth it, so players felt that this was something they wanted to work toward. In the end the battle pass was the most valuable offer in the game. Our goal was for this to be the one thing that you buy in the game.”

As part of our investigation into battle passes, we looked into the impact that purchasing the premium version of a battle pass has on player engagement, stickiness, retention, and monetization.

The ratio of DAU to MAU refers to the number of days in a month that a player returns to your game.

When we looked at DAU/MAU for players who had purchased the premium pass, we found that these players returned more consistently vs. players who did not purchase the battle pass.

Unlike a subscription, a battle pass is often non-recurring, which means that players choose to purchase your battle pass each season. This puts the onus on you (the developer/designer) to make sure that each season’s offer is as compelling as the last.

[We have seen some games (notably Free Fire, PUBG and Mario Kart) experimenting with battle pass subscriptions — why not take a look if you’re interested!]

Among top games, we looked at repeat purchase rates for battle passes across a wide variety of genres, and found that they follow a similar curve. Encouraging your players to purchase the battle pass each season will help to retain users over the long term.

Due to the low price and high value of battle passes in some games, they can also be very effective at converting first time buyers (FTBs).

Since launching your battle pass, what have you changed or optimized?

“Our original battle pass had a very complex battle pass quest system, and we realized that the quests were similar to those that were included in our daily quest system. So we decided to combine them to make it easier for players to understand.

We also looked at the percentage of players who completed the pass and tried different requirements to optimize the number of players completing the pass each season.”

If you’re thinking about building a battle pass, consider the following tips and best practices from top developers.

Define your goals — before building your battle pass, clearly define what KPIs you hope to improve (e.g. engagement, retention, buyer %, ARPDAU, etc.) and tailor your design to achieve them.

Development resources — designing and optimizing a successful battle pass is complex and often labor-intensive. Consider the impact to your development teams and the ongoing cost of optimizing your battle pass over multiple seasons.

Content treadmill — consider the cost of creating rewards for your battle pass and what your game economy can support (eg. vanity items often cost more to make than consumables but might have less impact on the game economy).

Balance your pass — some developers we spoke with said that a quest system for their battle pass allowed them to balance the pass during the season by changing quests to account for player behaviour (eg. adding more quests if fewer players than expected were making progress in the pass).

Consider persistent bonuses — like with subscriptions, some developers are providing VIP-style perks to players who purchase the battle pass (eg. 10% off other purchases). This has the effect of encouraging repeat purchases of your pass each season since playing without persistent bonuses will feel less rewarding.

Pricing — the price of your battle pass will vary depending on the length and perceived value of your pass, but you should also consider how many of your players you hope to convert (eg. a lower price point will likely convert more players).

Mythbuster — in our investigation we looked at when players purchased the pass over the course of the season. Counter to our expectations, pass purchases remained consistent throughout the season (vs. peaking at the beginning or end of the season).

In our analysis of Google Play data and from conversations with top developers, we found that battle passes are a fun way for players to get more out of the time that they spend in your game, as well as driving up engagement, stickiness and monetization.

We’re excited to see how developers continue to innovate with battle pass price, length, and structure. As players become more and more familiar with battle passes, we hope that smaller and indie developers will be able to leverage this mechanic to bring live operations to their games.

For more information on battle passes, watch this interview about battle passes with Supercell, Small Giant Games, and FunPlus.

Thank you for reading! If you found this article helpful, please don’t forget to like. If you have any questions or ideas on how Google Play can support you in the development and/or optimization of your battle pass please leave a response.

Next What Was Your First Programming Language?

Tech Trends: What Will Be The Biggest Innovations By 2022 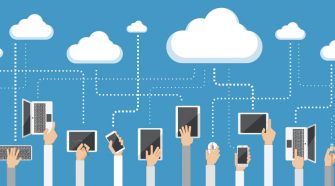